The Department of Science and Technology is set to put into place a nationwide disaster mitigation system that will help key agencies and personalities make informed decisions to save lives and properties.

Called NOAH or the National Operational Assessment of Hazards and Risks, the program is designed to serve as sentinel that will address the serious challenges brought by extreme hazard events.

“The NOAH Project will enable the government to address the serious challenges brought by extreme hazard events,” DOST Secretary Mario Montejo said. “We will apply advanced S&T tools, such as enhanced vulnerability maps and a shortened six-hour monitoring and warning system for communication along the major river basins.”

With the DOST on the lead, NOAH brings together experts from 21 institutions in close collaboration, including  DOST’s PAGASA, PHIVOLCS, Advanced Science and technology Institute, and Science and Technology Information Institute; Department of Interior and Local Government; University of the Philippines National Institute of Geological Sciences and Department

In a country frequently visited by typhoons, tsunamis, earthquakes and volcanic eruptions, some of them highly-destructive, the NOAH project comes as helpful as Noah’s ark in biblical times. Natural hazards inflict loss of lives and costly damage to property, with economic losses amounting to billions of pesos each year. Moreover, the continued development in the lowlands and the rapid growth of the population contribute to the damage to infrastructure and human losses.

“This project is so far the most advanced measure implemented by the government in disaster mitigation,” added Sec. Montejo.
NOAH will be formally launched at the National Institute of Physics in UP . on 18 June 2012 at 2:00 PM. (Framelia V. Anonas, S&T Media Service)
Posted by Unknown at 10:30 AM No comments: 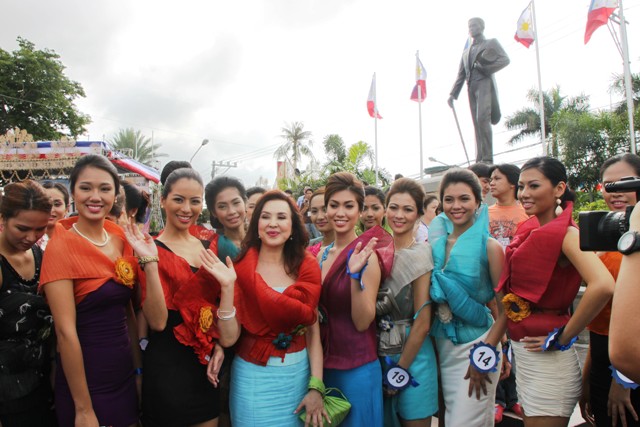 —President Benigno Aquino III is not the only person who provided color and glitter to the 114th Independence Day celebrations at the historic Barasoain church here on Tuesday.

There is also the 25 Miss World-Philippines pageant candidates led by the Cory Quirino, the country franchisee of the pageant that send the most talented, intelligent and beautiful Filipina to the world stage.

Clad in colorful upper garments and shawls, the 25 candidates including the lone Bulakenya Ivy Ocampo of Paombong sat by the stage where the President spoke while facing the Barasoain church.

Participants to the celebrations, including journalists cannot help but look at the President, then to the pageant candidates.

Bulakenyos hailed the President for leading the annual rites here. 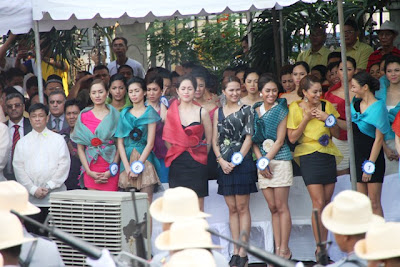 This is due to fact that n the past years, guest speakers to the annual rites have range from a sitting senator of the republic to an undersecretary, which historian objected noting it reduced the importance of the Barasoain church where the first Congress was convened in 1898.

The following year, on January 23, 1899, the Malolos Congress ratified the first republican Constitution that gave birth to the first democratic republic in Asia and .

The said events gave Barasoain the honor of having the Senate President or the House Speaker as guest speaker in the annual rites, but receding sense of history led to lower officials to lead the annual rites.

This was reversed for the first time on Tuesday with the President leading the annual rites.

His presence was made more colorful by the pageant candidates, but some Bulakenyos cited their lower garments as too short, thereby showing more skin of their legs.

Cora Sityar, said that the lower garments candidates were inappropriate for the occasion.

But other Bulakenyos would careless. 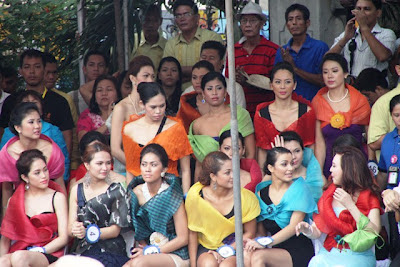 After the President delivered his Independence Day message and walked down the stage for the recessional honors, the pageant candidates also walked across the plaza in the hope for a brief group photo session with the President.

But I didn’t happen as photographers along with other people with cameras came flashing and clicking, thereby blocking the space between the candidates and the President who was then shaking hands of Bulakenyo supporters at the other end of the plaza.

In the end, the candidates just stood by the walkway where the President entered earlier and individually shook hands with the President as walk out of the plaza.
Posted by Unknown at 5:51 AM No comments: 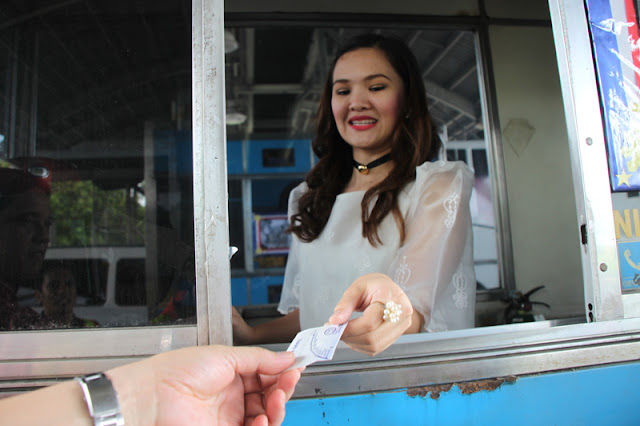 Bobby Bontia, the Vice President for Tollways management of the TMC which manages the NLEX, said it was their way of joining the annual rites.

He said that tellers usually wear white colored uniform while manning the toll both.

But since May 26, when they joined the celebration of the National Flag Day, he said that tellers started wearing a scarf in traditional tri-color of the Philippine flag.

“Motorist wear surprised and were happy with the way out tellers look,” he said noting that some motorirst commented that it was some sort of refreshing. 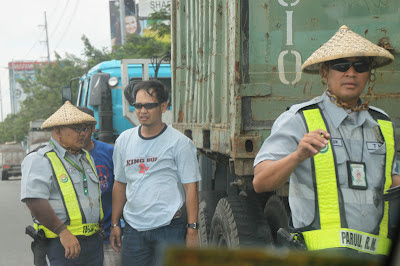 The same were echoed by Edison Sta. Ana and Rosemary Dela Cruz.

They said that some motorists took time to ask they what they were wearing and what it was for.

“They were happy and really like what we are wearing,” Sta. Ana said.

Despite slowing down to ask tellers, Bontia said it did not affect the toll both operations along the NLEX.

He said that motorists comments have encouraged them to ask tellers to wear Filipiniana dress  last Tuesday and on June 16th.

Bontia added that TMC is now considering using Filipiniana Dress as part of the regular uniform of employees and tellers.

He added that by December, they will encourage similar thematic use of uniform on certain days.

To encourage NLEX employees, Bontia said they came up with an internal contest on who will be the best dressed employee wearing the Filipiniana.

This developed, Francisco Dagohoy, the media specialist of the TMC said along with the Filipiniana Dress contest, they are also holding a best decorated toll booth contest.

The thematic contest led tellers to decorate toll booths with posters of Filipino heroes, historic places in Bulacan and Pampanga, along with historical events in the country.

Dagohoy said the twin contest has engaged employees while helping others to be reminded of the importance of independence day.
Posted by Unknown at 5:43 AM No comments: