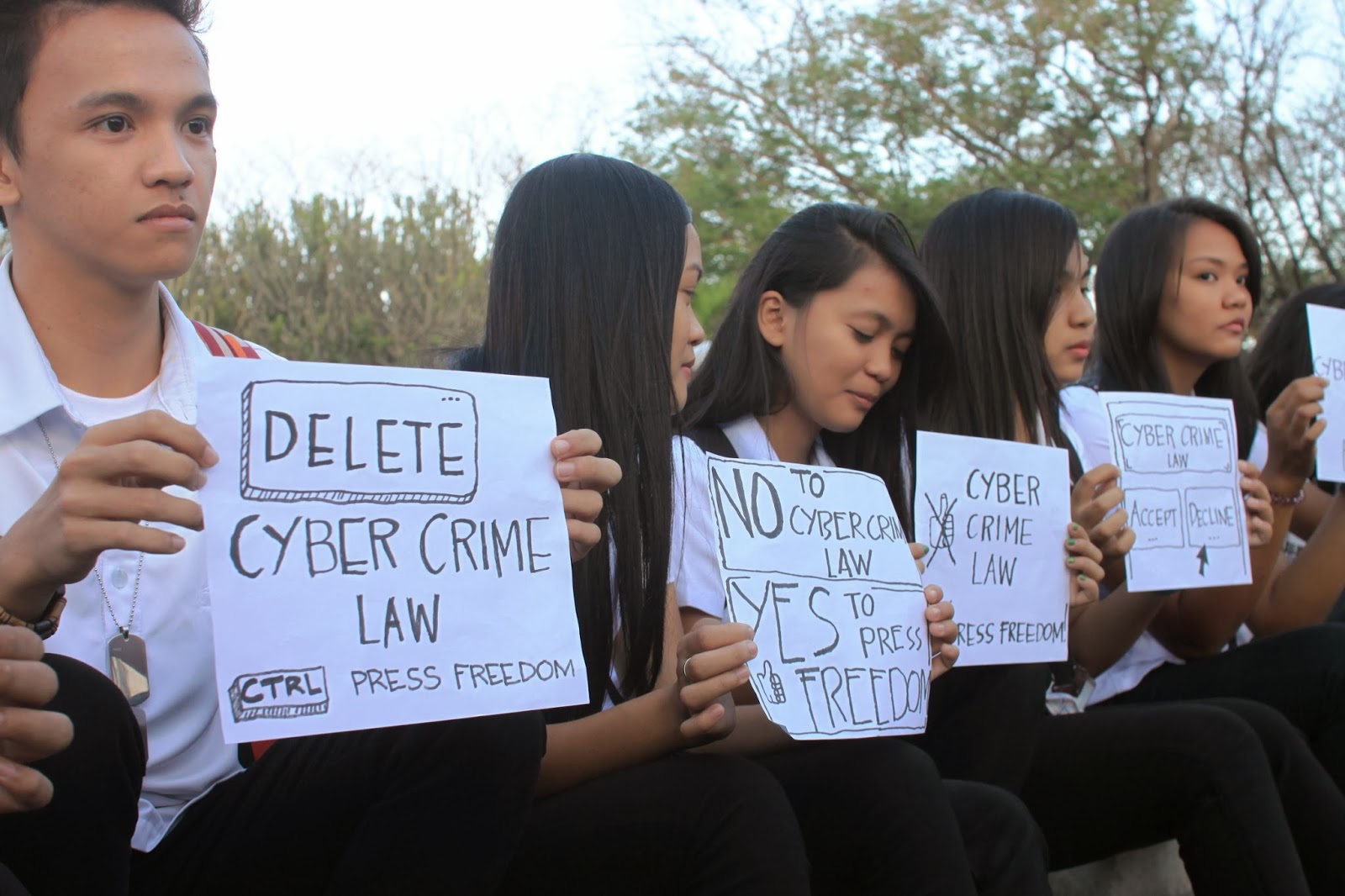 The “Black Tuesday” protest was agreed on during a roundtable discussion held by the National Union of Journalists of the Philippines and other media and online organizations that had questioned the constitutionality of Republic Act 10175, also known as the Cybercrime Prevention Act.

The groups say Tuesday’s protest highlights the “regression” of both press freedom and freedom of expression since press freedom was restored after the ouster of former President Ferdinand Marcos on February 25, 1986.

The protest also comes exactly a week after the Supreme Court ruled on R.A. 10175.

The High Court had ruled that the online libel provision in R.A. 10175 is constitutional, over the objections of at least 15 media and civil society groups questioning the law.

While the court recognized online libel, it however said that the crime only covers the original authors or producers of the libelous material, and does not cover those who receive, share, or respond to the material.

In addition, the court also struck down other questionable provisions in the law, such as the “takedown” provision which would have allowed the Justice Department to restrict access to digital materials in question even without a warrant, and the provision that would have allowed law enforcers to collect real-time traffic data.

While the media groups welcomed the removal of these provisions, they said the SC decision effectively expanded the coverage of the crime of libel into the digital domain.

Media organizations and civil society groups have been pushing for the decriminalization of the crime of libel, contained in Section 353 of the Revised Penal Code.

The Cybercrime Act expressly provides that this crime is also covered in the digital domain, and elevated the punishment for online libel by one degree.

The Philippines is one of few countries in the world that still considers libel a crime punishable with imprisonment. In addition, Philippine libel is unique in that an allegedly libelous material is presumed to be tainted with malice unless otherwise proven by the accused.

The groups that attended the roundtable discussion, which include the Center for Media Freedom and Responsibility, the Philippine Center for Investigative Journalism, the NUJP, and several bloggers and online organizations, decided to draft a pooled editorial for publication or broadcast both online and offline on Tuesday.

The editorial would express dismay over the decision of the Supreme Court affirming the constitutionality of online libel, and push for the decriminalization of libel itself as defined by the Revised Penal Code.

The groups also agreed to a coordinated campaign against the ruling on online libel on BlackTuesday. Details of the campaign are still being hammered out.

The groups also noted how Tuesday’s Supreme Court ruling appeared to backtrack on earlier pronouncements by the Tribunal on libel.

In 2008, then Supreme Court Chief Justice Renato Puno issued a circular to all trial judges urging them to impose fines rather than prison sentences on those found guilty of libel.

While the circular does not carry the weight of an en banc decision, the issuance had a noticeable effect on many courts that year, said NUJP Chair Rowena Paraan. 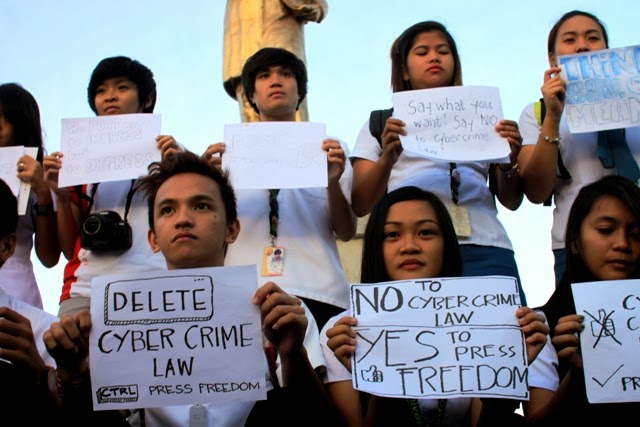 Paraan said that as a result of the circular, no journalist was sent to jail for libel on that year.

“The ruling (last Tuesday) was a step back. It was already very libertarian,” Paraan said.

Malou Mangahas, executive director of the Philippine Center for Investigative Journalism, said it is wrong for officials to justify the new restrictions by saying that citizens who do not commit crimes have nothing to fear.

Earlier, President Benigno S. Aquino III said the court ruling was not a curtailment of freedom of the press.

“If you know you speak the truth, why be worried about libel,” the President was quoted in media reports as saying.

“May sense sila na if you pass restrictive laws, then everybody will behave.”
Juned Sonido, a local blogger, said the online libel provisions will only drive expression “underground.” Sonido said this is unfortunate especially now that citizens are learning to express and engage with government, both online and offline.

“This sets back freedom of expression by 20 years,” Sonido said. “It sets the discussions that are online back, at a time when citizens are already going online to engage the government.”

Sonido pointed out that this would even make it more problematic for the government, as knowledgeable netizens know how to hide their identities when they post online. “So who would they sue then? This sets back freedom of expression by 20 years.”

The groups also agreed to harness the growing opposition to the online provision of the Cybercrime Act in order to redefine and decriminalize libel itself. For this, the media groups warned netizens of the “false dichotomy” that libel only applies to journalists.

The groups asked netizens to help in the campaign to make the public understand the full impact of the Cybercrime law, not just on journalists, but on ordinary users of the internet.
Posted by Unknown at 6:46 AM No comments: