CLARK FREEPORT – More fun-filled and family-oriented activities are slated from Nov. 16 and 17 for the much-awaited Grand Clark Festival to be held at the CDC Parade Grounds here.

On the first day, festival goers will be greeted by a fun run early in the morning to be followed by a parade and skydiving exhibition from the Philippine Air Force.

Cooking demos and cultural presentations from Nayong Pilipino and Paradise Ranch are also expected to add to the festive atmosphere of the two-day celebration here.

For music lovers, cap the evening with melodic concerts from the Korean Orchestra Performance and the St. Paul American School Musicale.

Relax and unwind with a fireworks display and live band performances at the stage area.

On the second day, a fun bike followed by the celebration of the Holy Mass will jumpstart the day’s activities.

This will be followed by an animal show by Zoocobia and a dog show organized by the Clark Development Corporation together with PET BERO.

For more details, interested parties that wish to join the Grand Clark Festival may call the CDC Tourism Promotions Office at (045) 599-9000 and look for Noemi or Ellen.
Posted by Unknown at 11:22 AM No comments: 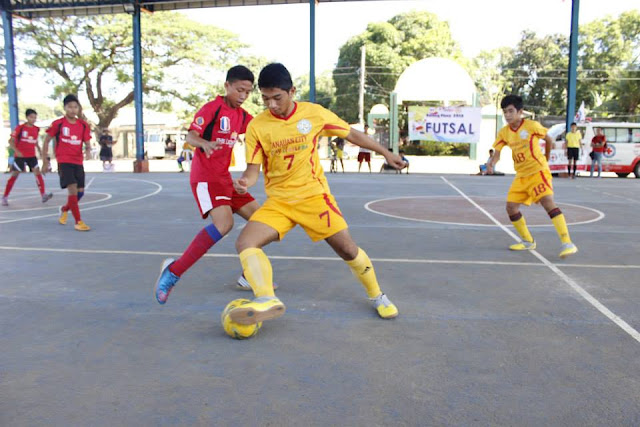 IBA, Zambales – Over 4 thousand youth all over Luzon ages 15 years old and below have converge in IBA, Zambales last October 15-19, 2013 for the annual Batang Pinoy 2013 Luzon Leg.

Thirty sporting events where played in 5 days, where kids battle it out to top their respective event so they will qualify for the National games that will be held in Bacolod next month.

The Philippine Sports Commission (PSC) have included new sports to be played in this year’s event and one of the newest sports that is becoming very popular with Filipinos is FUTSAL. Thanks to PSC Chairman Ricardo Garcia and PSC Commissioner Jose Luis Gomez.

After 4 days of intense games Olongapo City emerge the first Champions of the Batang Pinoy Futsal for the Luzon Leg Boys and Girls Division.

Olongapo City head coach David Bayarong said that the city have really prepared the kids months in advance for the competition. Our main goal coming to the Batang Pinoy is to qualify for the nationals, but the boys and girls played with all their hearts.

"With the Batang Gapo Futsal Program of the Olongapo City conducted by Lighthouse Amihan FC, there is a huge interest in the sport in all of our barangays," he added.

Philippine Futsal Committee (PFC) chair Ismaeil Sedigh said that grassroots program all over the country has been doing very well because of the availability of basketball courts where futsal can be played.

“With the support of LGu’s and Deped, Futsal is now being introduced to youth level such as regional and national game. Futsal will also make a debut in this coming Palarong Pambansa," Sedigh added.

He added that because of increased futsal coaching trainings, the number of teams is also growing.

Futsal is the official 5 vs 5 variation of football, usually played inside basketball courts. It is also a sanctioned sport of International Football Federation (FIFA).

National finals of Batang Pinoy 2013 will be held at Zamboanga City on Nov. 19-23, 2013. Teams that finish 1st, 2nd and 3rd from the different leg in Luzon, Visayas and Mindanao will battle for the National Futsal Youth Championship. David Bayarong
Posted by Unknown at 11:18 AM No comments:

Who will finance Angat Dam rehab? 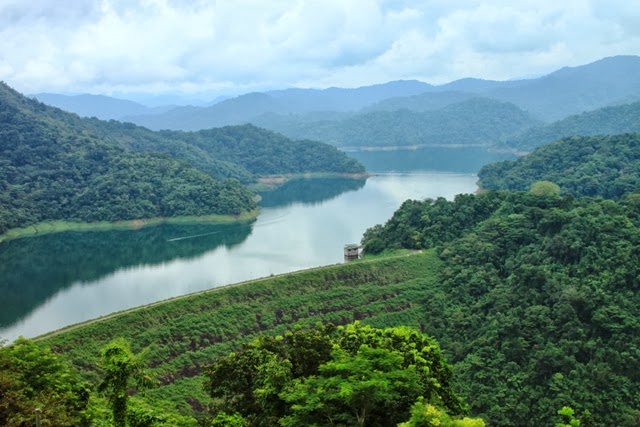 MALOLOS CITY—Questions on who will finance the long delayed P5.7-Billion rehabilitation of the giant Angat Dam in Bulacan have re-emerged days after a magnitude 7.2 earthquake hit Bohol province in the Visayas.

This came as the National Power Corporation (Napocor) which manages the dam said they still have to receive a copy of the contract signed by the Korea Water Resources Corporation (K-Water) and the Power Sector Assets and Liabilities Management (Psalm).

Even the provincial government led by Gov. Wilhelmino Alvarado is asking for a copy of the said contract noting that Bulakenyos are alarmed by the recent earthquake in Bohol.

“We have reasons to be afraid,” the governor said referring to about 3-Million Bulakenyos and added that in case Angat Dam is damaged by earthquake, Bulakenyos will suffer first.

This is due to possible rush of water from the dam to the Angat River, which was described  to reach up to 30 meters high based on feasibility study conducted by Tonkin and Taylor International about two years ago.

The said study noted that 20 towns and cities in Bulacan will be affected, along with seven towns in Pampanga, and three cities in Metro Manila.

Malacanang took notice of the said scenario and allocated a total of P5.7-B for the remediation of the  Angat Dam, of which, P2.6-B is said to be utilized for installation of  new instruments, while the remaining P3.1 me is intended for the actual rehabilitation.
But a complication came late last year, when the Supreme Court ruled in favor of K-Water as the winning bidder in the privatization of the 246 megawatt Angat River Hydroelectric Power Plant.

According to Architect Gerardo Esquivel, administrator of the Metropolitan Waterworks and Sewerage System (MWSS), part of the  K-Water’s bid contract affirmed by the SC stipulates that it winning bidder will spent money for the rehabilitation of the dam.

The same is the interpretation of ranking Napocor officials like Engineer Rodolfo German of the Arhepp.

He even said in a recent interview that K-Water will also spend an undisclosed amount for the repair and replacement of existing power generating machines of the Arhepp.

However, Napocor President Gladys Sta. Rita said they still to see the copy of the contract between K-Water and Psalm.

She also disclosed that the Philippine government is looking at the possibilities of setting aside the P3.1-B rehabilitation fund thinking that the Koreans will shoulder it once they assume  operation and management of the Arhepp.

While it is not clear who will now finance the rehabilitation and remediation of the Angat dam, millions of Bulakenyos led by Alvarado are living in fear.

Alvarado said that Tuesday’s earthquake in Bohol is another wake up call for every concerned government agencies to fast track the repair of the Angat Dam.

Local residents estimates claimed that in case of dam break, about a million Bulakenyos will be killed in the first three hours of the water rush from the dam.

But prolong damage and impact will be in Metro Manila which is dependent on Angat Dam for potable water supply.  Dino Balabo
Posted by Unknown at 7:10 AM No comments: