Doomsday is out, Christmas is in


Can coronal mass ejections (CMEs or solar flares) generated by the sun destroy the world this December 21 2012? Taken by astronomers of Rizal Technological University (RTU), these are huge bursts of solar wind and electromagnetic radiation ejected from the Sun into space. As solar particles strike Earth, they cause geomagnetic storms disrupting the planet's magnetosphere---our protective shield from the lethal radiation in outer space. RTU is the only Philippine university that offers both undergraduate and post-graduate degree programs in astronomy.

“[Walang delubyo, tuloy ang Pasko] There is no doomsday. Christmas will come!” says physicist and astronomer Norman Marigza of RTU. Even with massive solar flares, migratory birds, dolphins and other animals that are sensitive to the Earth's magnetic field might feel a little odd, but other than that, Marigza commented, “it might just be a wonderful day to stay alert for Aurora Borealis at the Northern Hemisphere”, a lacy splash of color and hues in the sky made up of ionized air particles. In outer space, it can be very dangerous for astronauts as large doses of solar radiation can be fatal.

Meanwhile, the website of NASA's Solar Dynamics Observatory reports a recently detected coronal hole in the sun last Dec. 17. This said coronal hole is located down in the sun's Southern Hemisphere, so that the Earth will not be hit directly by a stream of high-speed solar wind. It is estimated that we will experience a 20% chance of geomagnetic storms.

During a press conference last Dec. 14 in , top astronomers and planetary scientists debunked all other possible scenarios associated with the end of a cycle in the ancient Mayan calendar. 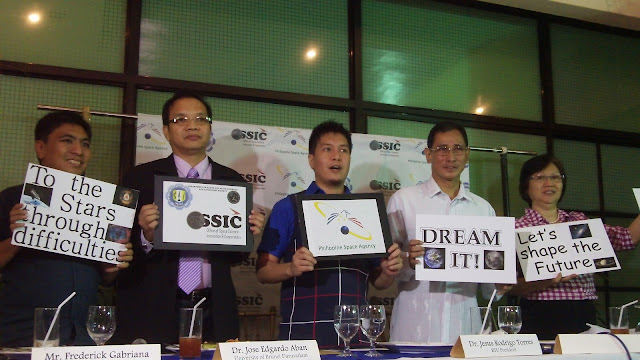 Frederick Gabriana, a mathematician and astronomy teacher, described a “galactic alignment” in the Milky Way that is set to occur Dec. 21, when the winter solstice point crosses the galactic equator.

“This chance alignment occurs every 26,000 years, and the earth is about 4 billion years old, so if it brings about the end of the world, the Earth would have ended thousands of times already.” Gabriana said.

“Planetary alignment is a different issue.” Gabriana calculates that even if all the planets, including the sun, were to lie on a single line to influence the Earth, the sum of all the tidal forces would only be 1/10,000 of the tidal force of the moon. "Besides, they are not going to align this weekend," he adds.

Dr. Jesus Rodrigo Torres, the president of RTU, said any large object, like a rogue planet like Nibiru on collision course to Earth would have been seen by astronomers years ago. It would also be one of the brightest objects in the sky next to the sun and moon in the past weeks. Therefore, it's just a hoax.

Scientists might know what to do if these were all true. Unlike in the movies, according to Marigza, "firing a nuclear bomb in space to destroy a huge meteor that is bound for Earth will not work. Fragments from the meteor can hit the planet and cause devastation. We can just send a space object to deflect its trajectory."

“Instead of fearing the end of the Mayan calendar, it is time to celebrate the country’s long-awaited entry into the Space Age,” according to DOST Balik Scientist and astrobiology professor Dr. Custer Deocaris of RTU's Office for Space Science Innovation and Cooperation (OSSIC).

A copy of the proposed draft of the “Philippine Space Act” was distributed to the media. The legislation is part of a national initiative to push for the establishment of a space agency that would be the Philippines’ version of NASA, a centralized office that will explore high-impact applications in space technologies for environment and disaster monitoring, communication, national defense, smart farming, among many others.

had successfully launched its locally-developed rocket into space from a launch pad in province in 2009. The government is preparing to bring its own satellite into orbit by 2014. Meanwhile, is sending two satellites into orbit by next year. Bangladesh, Thailand, Vietnam, Malaysia have all overtaken the Philippines in terms of space science, based on a presentation during the press conference given by Dr. Edgardo Aban.

Dr. Aban attempted to initiate a space program in 2007 yet he was unable to get support from government. Aban, who left the country, is now a professor at the .

Deocaris and his peers laments that while the country was among the most scientifically advanced some decades ago, the Philippines is now "biting the (space) dust of her neighbors."

House Bill 6725 also known as the Philippine Space Act was filed by Rep. Angelo Palmones on Dec 3, 2012 and went into First Reading on Dec 5, 2012. Philippine astronomers and concerned scientists have turned to social media to gain support for this historic space initiative. The public is urged to visit and “like” the Facebook page "I Support the Philippine Space Agency Bill". (RTU-OSSIC)
Posted by Unknown at 9:40 PM No comments: