As this developed, the Department of Trade and Industry (DTI) office in Bulacan released names of pyrotechnics manufacturers in the province with product standard (PS) mark and license, while the Department of Health (DOH)continue warn the public against use of firecrackers.

Joven Ong of Dragon Fireworks based in San Rafael, Bulacan said local buyers must carefully check pyrotechnics products that they are buying in preparation for the holidays.

He told DZMM radio in an interview yesterday that smuggled pyrotechnics products has penetrated more than 50 percent of the domestic market. 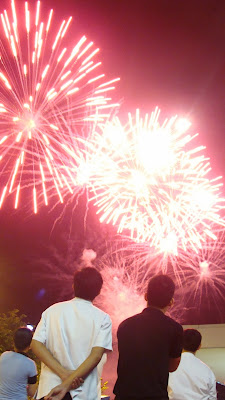 Ong added that smuggled products are sold at lower prices because its manufacturers and dealers did not pay taxes.

As one of the biggest pyrotechnics manufacturers in South East Asia, Ong said that Dragon Fireworks continue to innovate with new products every year.

He also reminded pyrotechnics users to be more responsible by reading instruction before and after lighting fireworks and other pyrotechnics products.

As this developed, DTI-Bulacan released a list of pyrotechnics manufacturers in the province which secured a PS mark and license for their products.

Rhine Aldana, head of DTI-Bulacan said that PS mark is one of the guarantees that a product is of high quality.

For pyrotechnics products, she said that it means that the manufacturers strictly followed guidelines in the manufacture of firecrackers and fireworks.

Meanwhile, Health Secretary Enrique Ona reiterated his call against the use of firecrackers during the holidays to avoid injuries, while encouraging community based fireworks displays.

In an interview with DZMM radio,Ona also called on parents to watch their children ansd advised them not to pick unexploded firecrackers.

He said that they have deployed plainclothes police officers who are specifically tasked to act a buyer and illegal pyrotechnics products and arrest sellers.  Dino Balabo
Posted by Unknown at 5:42 AM No comments: 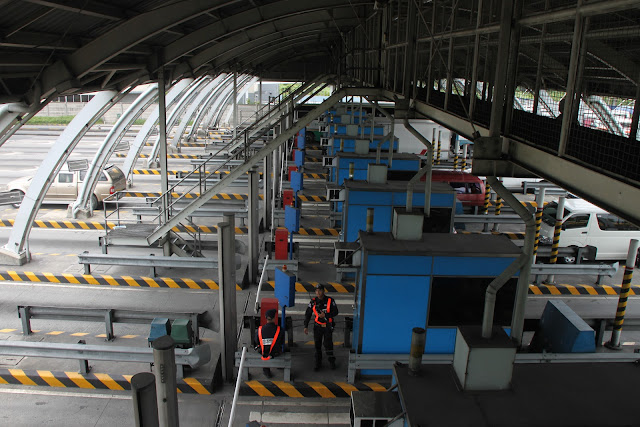 MALOLOS CITY—The Tollways Management Corporation (TMC) is bracing for increase in traffic volume along the North Luzon Expressway (NLEX) due to holiday rush.

Francisco Dagohoy, media relations specialist of the TMC, a subsidiary of the Manila North Tollways Corporation (MNTC) and operator of the NLEX said that in the past four weeks they observed increase of traffic volume by at least five percent.

They estimated that starting Monday, December 23 traffic volume along the NLEX will increase by 20 percent from their daily average.

“Traffic is expected to  build up  in the early afternoon until late in the evening of December 23. On the other hand the heavy volume of vehicles going back to Manila is seen on the afternoon of January 1 and morning of January 2,” Dagohoy said in an official statement issued yesterday.

To address increasing traffic volume, NLEX Toll Operations will beef up its manpower during the said days.

Ambulant tellers will be deployed at the Balintawak, Mindanao Avenue and Dau Toll Plazas to facilitate lane transactions.

Spare lanes will also be used to shorten queue of vehicles during peak periods. The Bocaue Toll Plaza will also have ambulant tellers on January 1 and 2 in anticipation of the heavy volume of vehicles going back to Manila on these dates.

Motorcycle riders and roving patrol vehicles will be ready to assist in the Interchanges in case of traffic build up.

Dagohoy said traffic is expected to build up at the Bocaue Toll Exit in the last week of December.

To manage this, TMC deployed additional manpower in the area beginning December 16.

At SCTEX, the same level of service can be expected. Traffic build up going to the provinces is expected at Tarlac Exit, San Miguel Exit and Tipo Exit as early as December 20, the weekend before Christmas.

Volume of traffic entering the Mabalacat Toll Plaza will even increase on December 23 as well as December 28 and 29.  The affected toll plazas will be adequately manned to address the influx of motorists.

Manual and counter flow lanes will be placed at San Miguel and Tarlac Exit respectively to accommodate the high volume of traffic while Tipo Toll Plaza will also have standby manual lanes in the event that the volume of motorist will increase.

Motorists can expect sufficient number of personnel and equipment to shorten the queue at the plaza and maintain the best level of service possible.

Manual toll booths will be deployed at the said toll plaza to address the high volume of traffic.  SCTEX traffic during the holidays is expected to increase by as much as 25% from the normal daily average.

Dagohoy said motorists can also expect adequate number of patrol crews along the carriageway and at the toll plazas to assist in during vehicle breakdown and conduct traffic management.

Ambulances and tow trucks will be strategically deployed for faster response during incidents.  Also no major maintenance works will be conducted during the holidays so as not to disrupt the traffic flow.

Portalets will also be stationed at Mabalacat Toll Plaza (before the entry), Tarlac Toll Plaza (after the exit) and two at the Subic bound (Km 21 and 29) portion of the SCTEX.

Advance toll fee collection for vehicles going to the Tarlac Pangasinan La Union Expressway (TPLEX) will be implemented at the Mabalacat Toll Plaza. Thirteen collection points in the area will be deployed from December 20 to 28.  Dino Balabo
Posted by Unknown at 5:11 AM No comments: