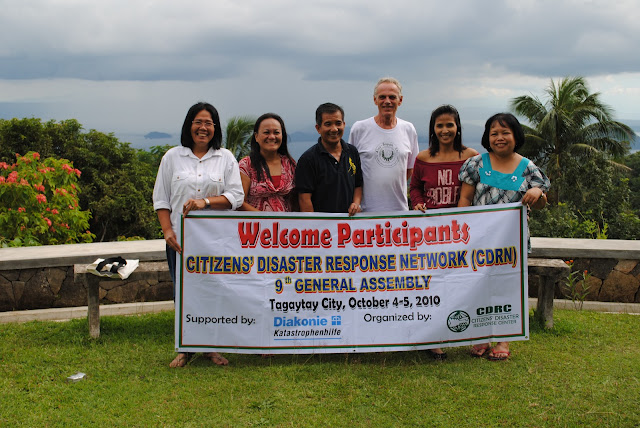 The Citizens’ Disaster Response Network (CDRN) condemns the brutal killing of one of its officers -- Alay Bayan-Luson, Inc. (ABI) Executive Director, Willem Geertman. Willem was gunned down by motorcycle riding gunmen at 12:28 pm on July 3, 2012 in front of his office in , Pampanga. He was shot at close range.

CDRN, where Geertman was an Executive Council officer, is a national network of community-based disaster management organizations focusing its assistance to the most affected, least served and most vulnerable sectors of the population through disaster preparedness and mitigation, emergency relief, and rehabilitation programs.

Geertman, a Dutch national, lived in the for 46 years and actively championed the rights and welfare of disaster-affected people in rural communities of .

Geertman is the second European NGO/community worker killed recently. In October last year, Fr. Fausto “Pops” Tentorio, an Italian priest in , was shot as well.  Fr. Pops was also a Board Member of one of CDRN’s member organizations, the Mindanao Interfaith Services Foundation, Inc. (MISFI).

Both Geertman and Tentorio were active in several environmental, anti-mining and indigenous peoples’ advocacies.

“The death of Willem is a big loss to the entire network. We mourn and condemn his brutal killing . But as we mourn the loss of a committed development worker, we also vow to continue his good works for vulnerable communities and humanitarian response,” CDRN Chairperson, Jimmy Khayog, said.