OCD, PIA-III to utilize SMS in saving lives during disasters

MALOLOS CITY—Knowing that information is power, the Office of the Civil Defence (OCD) and the Philippine Information Agency (PIA) in Central Luzon joined hands in harnessing that power to save lives and property.

This is through information text blast with the support of  major telecommunications companies.

In a media briefing in Pampanga on Friday, Robert Baldago, director of PIA in Central Luzon said they will compose messages appropriate for the needs of about 10 million residents of the region and send it directly through the use of new media like short messaging system (SMS), Facebook, and Twitter.

“Short messaging or texting is arguably the fastest and most practical way of reaching a wider population nationwide, empowering them through the information sent to make intelligent decisions,” he said.

Among the messages that PIA plans to send out are alerts on typhoons, floods, tsunami, earthquakes, and advisories on dam release, high tide and low tide, class suspension and even schedules of brown outs.

He said timely and accurate information can save lives especially in times of disaster, citing incidents last year when lives were saved after the victims were able to send out a text message informing the PIA of their situation.

For her part, Josie Timoteo, OCD-III director, said advisories are part of early warning systems during the times of disaster. She said that people can avoid going to areas where their lives will be in danger.

Timoteo added that that information text blasting can also help in increasing awareness and knowledge on how to adapt and address hydrometeorological hazards and other disasters.

As a valley, she said that large areas of Central Luzon are prone to flooding during the rainy season.

She said that through text blasting which is supported by Smart and Globe Telecommunication, majority of the about 10 million residents of Central Luzon can easily be reached by alerts and advisories. 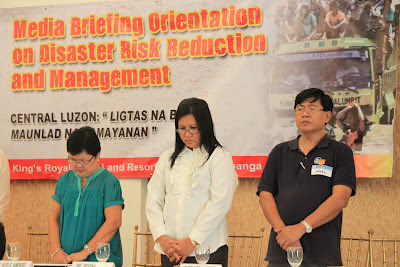 The PIA said they already have the numbers of local officials from barangay to provincial levels in their data base along with police officers, members of the Social Security System (SSS) and beneficiaries of the Pantawid Pamilya and Pantawid Pasada programs of the government.

Even leaders of transport sectors from buses to jeepneys and tricycle operators are in their data base, along with urban poor leaders and leaders of senior citizens’ organizations. (Dino Balabo)
Posted by Unknown at 9:42 PM No comments:

Eng’g, math and science grads to teach in K+12 program


MALOLOS CITY—The next generation of Filipino students will have stronger foundation in mathematics and science, a party-list representative said.

This, through graduates of science, mathematics, statistics and engineering courses who will teach students under the kindergarten plus 12 (K+12) program.

“We have to start with education to build a solid foundation,” said Rep. Angelo Palmones of Agham partylist.

A former science journalist Palmones filed House Bill 3479 that seeks to allow graduates in science, mathematics and engineering courses to teach science and mathematics in elementary and secondary levels.

He said it was designed to increase exposure and awareness of the younger generation to science and mathematics.

“The reason why only few Filipinos are pursuing engineering and science courses is due to poor foundation in both subjects,” he said.

He said the country needs more engineers and scientists to further boost the local economy noting that science and technology contribute at least 70 percent to the economic growth of industrialized countries.

In newly-industrializing countries, economic data showed that science and technology contribution is at 45 to 55 percent; among underdeveloped countries, it contributes 30 percent to economic growth. 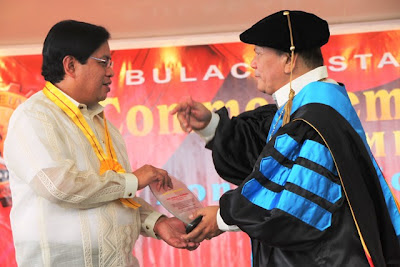 For the Philippines, Palmones said science and technology contribution is estimated at 40 percent. He added that it can be further increased if there are more engineers and scientists in the county.

He cited recommendations from the United Nations Educational Scientific and Cultural Organization (Unesco) that there should be 380 trained science and technology personnel for every one million population.

In the Philippines, Palmones said, there are only 165 research and development personnel per million population.

“We need more engineering and science graduates if we are to boost our economic development.

He said it can be done with the inclusion of science and engineering graduates as instructors in the K+12 program.

“Instead of going to call center they can work and share their expertise to thousands other young Filipinos,” the party-list representative said.

He explained that teaching science and mathematics requires not only theory, but passion and the most passionate are graduates of the said courses.

Based on HB 3479, Palmones said that engineering graduates can immediately teach under the K+12 provided they have to take 18 units of education course in five years, and pass the Licensure Examinations for Teachers (LET).

He added that it is a big opportunity for young graduates because they can teach for five years without the LET.

“After HB 3479 is approved, I believe that it will only take eight to 10 years for us to see its fruit,” Palmones said. (Dino Balabo)
Posted by Unknown at 9:31 PM No comments: