Cloud seeding over Angat Dam eyed in May

MALOLOS CITY—Planned cloud seeding operations over Angat Dam is likely to be implemented on the first week of May to avert possible water shortage in Metro Manila, the National Power Corporation (Napocor) said..

This came as water elevation at the Angat Dam dropped to 183.97 meters above sea level (masl) at 6AM on Saturday, April 26.

The said water elevation is less than four meters before it drop to crit5ical 180 masl.

Gladys Cruz-Sta. Rita, president of the Napocor said that they are now finalizing memorandum of agreements (MOA) and contracts now.

While she did not disclose who are the parties involved in the MOA and contract, Engineer Rodolfo German, the general manager of the Angat River Hydroelectric Power Plant (Arhepp) said the Napocor is now coordinating with the Department of Agriculture (DA).
DA is the mother agency of the Bureau of Soils and Water Management (BSWM) that usually takes the lead in cloud seeding operations over Angat Dam that supplies 97 percent of Metro Manila’s potable water requirement.

Cloud seeding operations is usually conducted when water elevation at the Angat Dam nears the critical 180 masl and when rainy season is still far.

It is mean to secure water requirement for about 13-Million population of the metropolis. 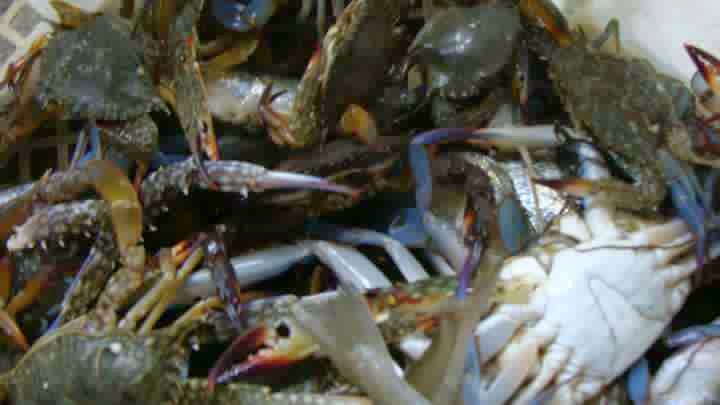 This came as similar marine products in the nearby province of Bataan and in Dumanquillas Bay in Zamboanga Del Sur; and the coastal waters of Milagros in Masbate are still positive for red tide.

Citing recent report issued by Director Asis Perez of BFAR, Felix Terrado, said local consumer in the province have nothing to worry. 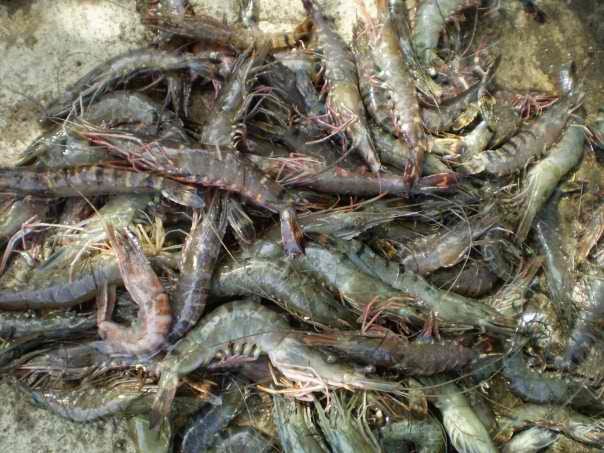 He said all types of shell fish caught on Manila Bay from Metro Manila to Bulacan are safe.

However, like BFAR advisory, consumer must thoroughly wash the products remove internal organs like gills and intestines before cooking.

“There is no red tide in Bulacan and there is no white spot disease in Central Luzon,” said Terrado, the head of the BFAR research facility for brackishwater based at Barangay San Pedro here.

Terrado explained that water flowing from the Angat River keeps waters on the bay of Bulacan clean.

Angat River is the lone major river system in the province that is still “alive” based on report of the Department of Environment and Natural Resources (DENR) about 10 years ago.

The same report noted that Marilao-Meycuayan River, along with the downstream of Bocaue, Balagtas and Guiguinto rivers are biologically dead.
Posted by Unknown at 9:55 PM No comments: 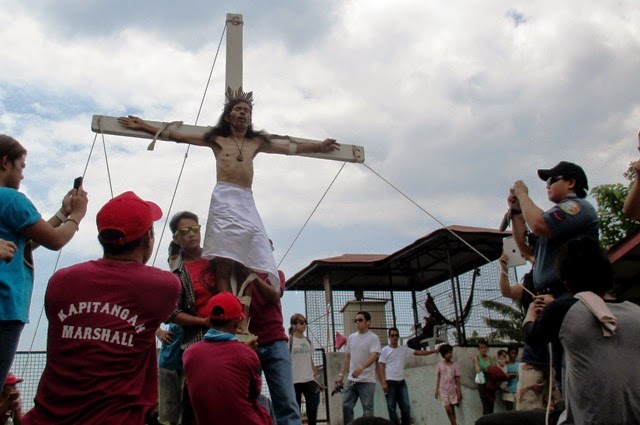 PAOMBONG, Bulacan—An epileptic mute faith healer led five others that includes two women in the reenactment of the crucifixion of Jesus Christ here, while hundreds others flagellate themselves in observance of the Holy Week.

This came as the Catholic Church discourage such acts, while some groups are looking forward to promoting it as a tourism attraction.

Crisanto Bautista, a 54-year old mute faith healer who suffers from episodes of epilepsy was the first to do the reenactment of Christ’s crucifixion on the morning of Maundy Thursday at the Sto. Cristo Chapel yard at Barangay Kapitangan here.

A resident of Barangay Mercado in the coastal town of Hagonoy, Bautista came with his family and friends who interpreted his message during the interview.

During the interview, PromdiNews learned that Bautista loss his ability to speak 16 years ago.

He even tried to write his answer on the wall by writing with his fingers. 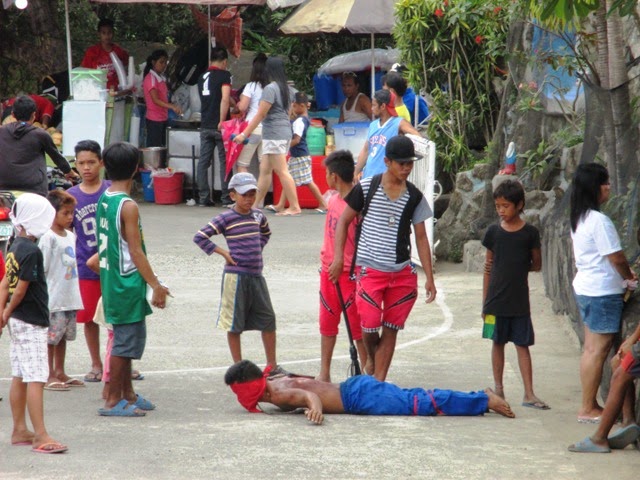 Aileen, the younger sister of Bautista said that her brother suffered from episodes of epilepsy and was even comatose for three days when he was younger.

Despite his fragile physical condition, Bautista was nailed on the cross under scorching heat. It was his 16th year in a row.

Rowena Enriquez, 34, a friend and assistant, said Bautista’s physical appearance did not deter him from reenacting crucifixion twice a year.

She said that Bautista used to reenact crucifixion at the old Santisima Trinidad Church in Malolos City and in other places in the province.

This year, Bautista performed the reenactment at Barangay Kapitangan here on Maundy Thursday and in Malolos City on Good Friday.

He was followed by a still unidentified devotee who was also crucified on Maundy Thursday at Barangay Sto. Rosario here.

On Good Friday, Precy Valencia and Michael Katigbak performed the reenactment once again along with Evangeline Mendoza and Junjun Tanael. 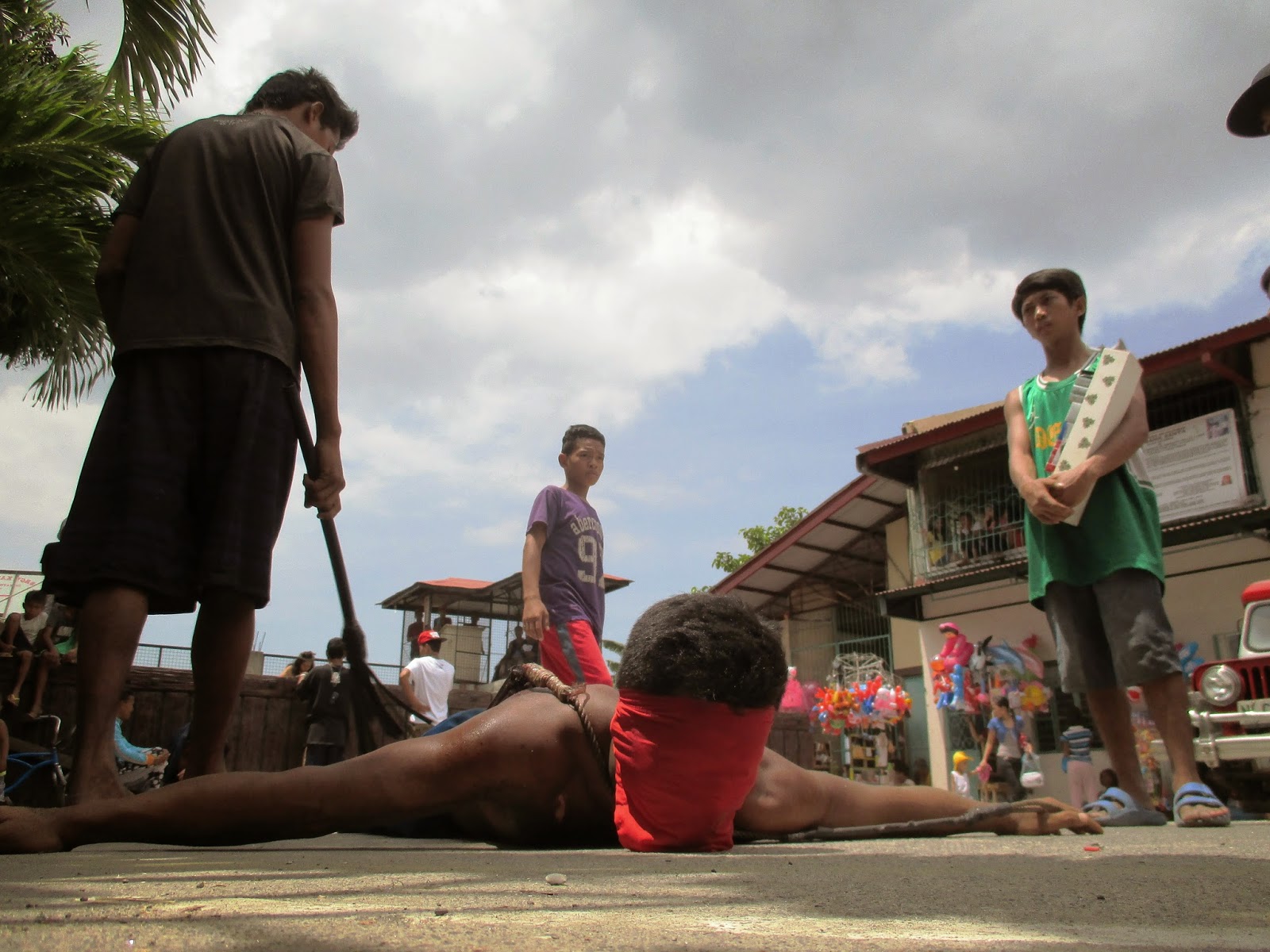 All four are resident of this town and some claims, are following the footsteps of Amparo Santos, a faith healer from Guiguinto town who used to do the reenactment of crucifixion here in the late 80s and early 90s.

In other parts of the province, hundreds of devotees who are either carried a cross or flagellate their bloddied backs filled the streets of Bulacan on Good Friday.

The flagellants then braved the murky waters of local rivers in the belief that saline water on the rivers will heal their wounds faster.

Some like Nestor Celso and his nephew Joel Martin swam on the Hagonoy river after flagellating themselves.

The above acts were discouraged by the Church and even by the Department of Health, but Celso said they have been doing it for about three decades.

As this developed, the Bulacan Tourism Convention and Visitors Board (BTCVB) in coordination with the Tourism Committee of the Paombong Municipal Council is preparing a tourism master plan for Paombong.

The plan sources said is designed to improve tourism management in here noting that it is the only place in the province that draws about 100,000 visitors every year without a promotional plan.  Dino Balabo
Posted by Unknown at 9:50 PM No comments: