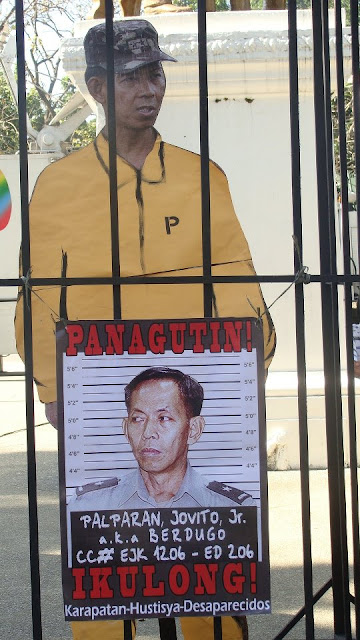 —A lawyers’ group accused the Aquino administration and the Commission on Human Rights (CHR) for condoning more violations as they observed the International Human Rights Day on Monday.

The number of extra-judicial killings, enforced disappearance, torture, illegal arrest along with political, civil economic, social and cultural violations has increased halfway into the current administration, the group said.

Olalia was interviewed after the hearing of the kidnapping case against retired Army Major General Jovito Palparan.

As a lawyer for human rights victims, he said that the current administration has laid down an environment that emboldens perpetrators, and allowed them to get away.

“The non-arrest of Gen. Palparan is a chilling reminder that government security forces are still stolidly untouchable,” he said noting that it is capped by the promotion to higher positions of military officers accused of grave human rights violations.

Among the military officers he mentioned are Generals Eduardo Ano, Aurelio Baladad and George Segovia.

Olalia said that promotions of said officers belie any pretense at accountability.

With regards to the CHR, Olalia said that the creation of an inter-agency task force through Administrative Order No 35, is a public acknowledgement that the commission is inutile.
“The President has cleverly transformed the CHR into practically no more than a defender of his administration and whitewasher of even the most abominable violations in plain view,” he said.

Olalia added, “This is a time when victims and their families are clamoring for effective investigation and proactive, speedy and dogged prosecution, things which the President has by and large yet to deliver.”

“Obviously, there is nothing to celebrate on the International Human Rights Day, not while the administration continues to show appalling lack of will, foresight, ability and sensitivity in addressing persistent Philippine human rights concerns amid cries for justice of the victims and their families,” Olalia said.
Posted by Unknown at 11:01 PM No comments: 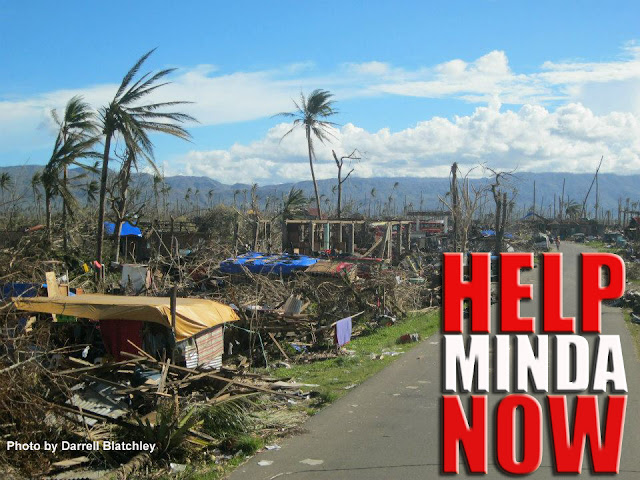 —Bulacan officials along with non-governmental organizations are now gathering donations that will be sent to victims of typhoon Pablo in .

This came as President Benigno Aquino III declared a state of national calamity yesterday following the onslaught of the typhoon that left hundreds dead and widespread devastation in the southern part of the country.

Citing assistance they received from different organizations in the past calamities suffered by his town, Mayor James De Jesus of Calumpit, Bulacan said they will send donations to typhoon victims.

He said that it is like repaying what they received in the past.

In 2011, Calumpit and Hagonoy towns in Bulacan suffered from week-long flood due to heavy rains brought by typhoon Pedring.

Last August the same town s along with other cities and municipalities of Bulacan suffered from widespread flooding caused by the heavy southwest monsoon rains that led the provincial government to place the province under the state of calamity for the second time in two years.

said they will also ask contributions from his constituents.

For his part, Mayor Christian Natividad of this city said that they are also preparing relief goods for .

As this developed, Bulacan Gov. Wilhelmino Alvarado formed a task force that will handle donations from Bulakenyos and other organization.

In his weekly radio broadcast over Radyo Bulacan yesterday, the governor said that Bulacan has been the recipient of donations in the past years after the province was struck by calamities.

He even said that as of Friday, the province received a donation worth P300,000 from the provincial government of .

“It is time that we do the same not only to repay what we received, but as an expression of sympathy with the victims,” Alvarado said in Filipino.

The governor also ordered offices of the provincial government to observe austerity in the conduct of annual Christmas parties.

He said that savings from the said parties will be included in the donations that will be sent to .