Print may fade, but not newspapers 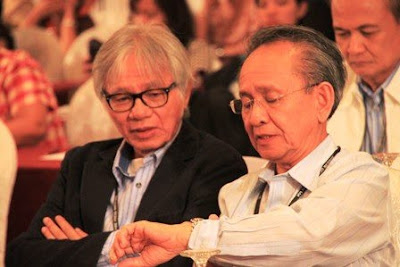 It’s a rather curious theme:

How could we, the newspapers, have managed to make those two things a problem for ourselves, given the very nature of our enterprise? How can we, every time we publish, help not engaging the public and not putting ourselves as well under its audit?

In fact, we did manage it. And if we finally have realized that, we can only hope we have done so before it’s too late.

The pre-eminent medium for the longest time, such that no piece of news or opinion gained full legitimacy and currency until sanctified in it, the newspapers seem to have become so smug as to presume pre-eminence some preordained permanent place for them, which, of course, is not the case, a fact long-enough unmistakable if only we have been looking with the professional quality we’ve always claimed to possess – objectivity. In this case, conspicuously and possibly fatally, that precise quality happens to be absent.

There’s simply no denying, as stark as they are, the radical changes in the media environment, changes driven mainly by technology and increasingly working against the newspapers. We do acknowledge them, but, again, only to a convenient extent, that is, again, to the extent that our place in the hierarchy of media is preserved – if only in our minds.

Fairly clear-eyed to the virtues of technology for our own purposes, we’re not at all averse to using the most modern communication devices and facilities (all manner of computers, the Internet), yet we seem blind to the inexorable encroachments on our territory – thanks also to technology – by other media. We don’t seem to notice, for one thing, that more and more readers are taking to the screen and fewer and fewer to paper – not to mention that there’s less and less pulp available for producing paper.

The numbers tell the tale: television, favored by technology itself and able somehow to adapt to the new consumer habits it has created, has cornered 77-78 percent of the advertising money, and radio, suitable especially to an increasingly mobile society as well as to the archipelago’s island dwellers, has bounced back taking 17-18 percent; that leaves a mere 5 percent for the print media, not just the newspapers, to fight over. True, that 5 percent has held for some time, and still constitutes a fair amount of business in peso terms. But the writing is on the wall – it’s all a matter of time.

In any case, we continue foolhardily to cling on to the hope that the numbers would reverse themselves, even as cold reason demonstrates that any changes in prospect are not likely to favor us, perhaps not even television or radio, but the online media.
Few businesses in cyberspace (definitely not in our parts), let alone media businesses, are actually making money, although where money is made it is apparently made big. Anyway, cyberspace enterprises should be positioned well to catch the favors of the fast-arriving future.

We ourselves would seem, on the other hand, poorly positioned, imprisoned as we are in tradition, scarcely able to kick our now unprofitable habits, fading with our market. And with no public to engage and account to, what reason is there for being? What reason is there, indeed, for all this – we coming together to deal with an issue being rendered irrelevant by our own undoing?

In fact, it can all be made timely and relevant if only we come clear-eyed and open-minded enough to change with change. With all the weaponry and wisdom we should have collected through our long and useful years, how can we not have our own competitive advantage today or at any other time?

Never will news become an irrelevant product, or journalism an irrelevant skill. Print may fade but not, in their professional sense, newspapers.

Switch or perish
Indeed, to switch media or not has become a non-issue for us. It has been decided by arrangements beyond our control: to not switch is to perish – in time. The debate has now been ultimately narrowed and confined to when, not if, that time will come.

The anxiety attacking us is perfectly legitimate: the market is taken with sexy and efficient communication devices, while trees, pulp, paper, in that consequential order, are vanishing.

But why should the time-tested, indeed timeless, idea of newspaper vanish as well? However one gets one’s news – whether by reading or by listening or by watching – is, after all, a mere matter of medium. The trick lies with content, with news itself, and, having been at the trick longer than any other news medium, our own medium should have an essential advantage and therefore simply cannot be counted out in the paperless competition: we only need to switch media.

A number of us have in fact positioned ourselves, with separate editions, online, our closest comparable medium, if only because what it dispenses is similarly meant to be read. But let’s not oversimplify. Switching media is akin to removal only in the loosest sense: it entails a far greater expense and effort than packing and moving. Even before the move is made in earnest, its prospects of sustainability should have been determined. As happens, such determination can only be approximated.

Cyberspace is one boundless marketplace, one that has only begun to be explored, although in its mysteries may precisely lie its allure. It has been sucking in all manner of enterprises, as if to be caught out constitutes a sentence of doom, which is, of course, an exaggeration except for the truly courageous – or covetous.

Anyway, while news online is generally conceded to be the emergent logical successor to news on paper, the product and the consuming public to engage and account to remain the same in the succeeding arrangement.

Something ought to be said about “media accountability,” in the meantime, given the misunderstanding that may have been created by our pairing of that phrase with “public engagement.”

Accountability is not something the public needs yet to demand of the media. It’s a sense so fundamental to our profession it requires no provoking in order to make it work. It’s a self-working initiative that operates on the burden of responsibility that every journalist bears with every word he sets down. It’s a sort of compass that sets him right – right by his sworn professional duty to publicize the truth in the public interest with fairness.

Accountability, in other words, has little if at all to do with public engagement: the former is professional sense, the latter market sense.
As in the case of a sense of ethics, itself close cousin to a sense of accountability, those who possess it likely don’t need to be reminded, and those who don’t possess it likely don’t care to be reminded.
Posted by Unknown at 10:55 PM No comments: