MALOLOS CITY—Eighteen journalists, educators and students including the administrator of Promdi News are this year’s fellows in the 17th Graciano Lopez Jaena Community Journalism Workshop.

This was announced on Sunday by Danilo Arao, associate dean of the University of the Philippines College of Mass Communications (UP-CMC) in his blog “Rising Sun.”

Arao is a member of the organizing committee for the 17th 17th Graciano Lopez Jaena Community Journalism Workshop on Disaster Reporting which will be held at Plaridel Hall, UP Diliman, Quezon City from October 13 to 19. 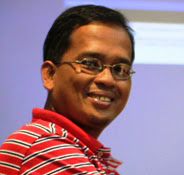 The 18 fellows were chosen on the basis of their professional background, sample works and story idea for an article they should write during the workshop. 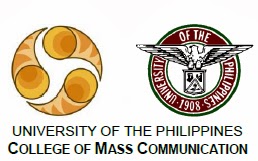 Grace Morales and Editha Tiamson whose loved ones were victims of the November 23, 2009 Ampatuan Massacre will also speak during the workshop, along with Melanie Pinlac of CMFR. The urban poor group Kalipunan ng Damayang Mahihirap (KADAMAY) will help facilitate the field work for the 18 fellows. 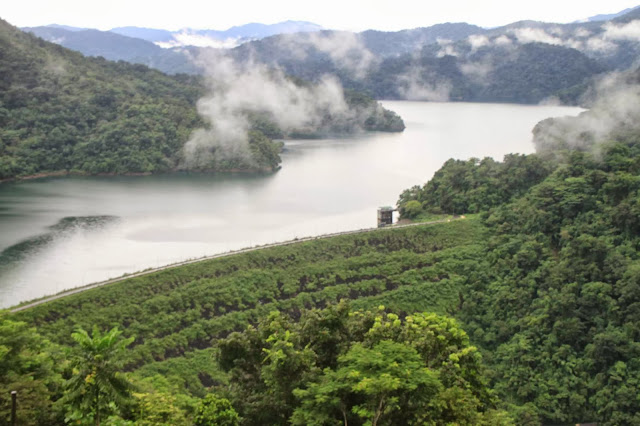 MALOLOS CITY—Inaccuracies in the conduct of feasibility study in Angat Dam could result in catastrophic event.

This is part of the of a Bulakenyo dam safety expert who conducted analysis on the six month feasibility study conducted by an international consultant for the P5.7-Billion rehabilitation of the Angat Dam.

The bidding for the rehabilitation of the dam is likely to be held before the end of the year.

He said that simulation showed that towns of Pulilan, Plaridel, Baliag, Calumpit and the City of Malolos will be inundated by five to 10 meters deep flood, while in Hagonoy and Paombong, a meter deep flood will inundate both towns. 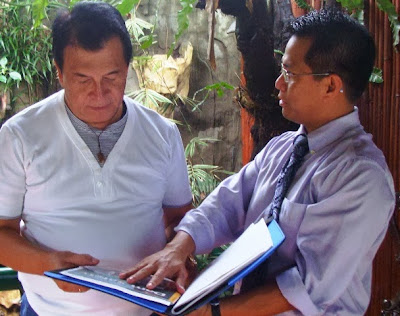 He said that in 2011, over a meter deep flood inundated Hagonoy when Angat Dam release about 1,000 cubic meters per second (cms) of water into Angat River at the height of typhoon Pedring.

In October 1978, Hagonoy town was inundated by at six to seven feet deep flood inundated  Bulacan when Angat Dan released 5,000 cms at the height of typhoon Kading.

Based on records, Angat Dam have the capacity to store at least 800-Million cubic meters of water.

Dela Cruz said that in case of a dam break, all that water could rush out and it will not only cause five to 10 meters deep flood in the towns of Plaridel, Pulilan Calumpit and Malolos.

Based on his estimates, the Tonkin and Taylor simulation study have a 20 meter plus or minus inaccuracy. 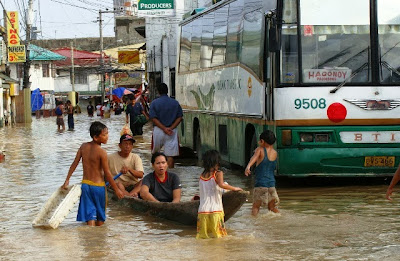 As a dam safety expert managing 82 dams in the United States, Dela Cruz stressed that providing accurate data in preparation for disaster is crucial.

This is due to the fact that people depends on information government by officials, and prepare themselves based on it.

“What if people prepare for a 10 meter deep flood, when a 20 meter flood is coming, they will have nowhere to go,” he said.

“I understand their situation, they were given six months to conduct a feasibility study,” he said noting that the time given is just not enough for a more comprehensive study on the dam.

With regards to country’s preparedness on possible dam break, he said that the country still have no national dam safety program or an approve dam safety law.

He said that the Philippines is the only country in Southeast Asia that still do not have a dam safety legislation.

Earlier this year, Vietnam passed their own version of dam safety law.

This is due to the absence of available financing for the maintenance, upgrades and repairs of dam structures, along with lack of single accountable authority on dam safety.

He also said that it also entails lack of emergency preparedness and public awareness on how to deal with possibilities  dam break.  Dino Balabo
Posted by Unknown at 7:24 AM No comments: 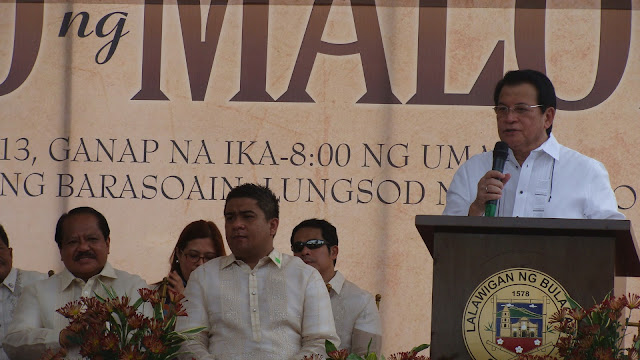 MALOLOS CITY—Amid the pork barrel scam faced by lawmakers, Bulacan Gov. Wilhelmino Alvarado offered a way out by proposing the shift to a “pork-free” government. In his speech before thousands who attended the commemoration of the 115th anniversary of the opening of the Malolos Congress here on Sunday, Alvarado said it is about time the country considered a shift to a parliamentary form of government.

He explained that the first Philippine Government created by the Malolos Congress 115 years ago was a unicameral parliamentary government. “For decades we have seen and experienced a presidential form of government with bicameral Congress, and we end up in pork barrel controversy,” he said in an interview.

Alvarado added that controversial pork barrel scam will be totally eliminated noting that budget will be allocated in government institutions that will implement programs and projects.

“It will be a pork-free government because programs and projects will be implemented according to approved plans,” Alvarado said.

He said that cabinet secretaries in a parliamentary form of government will actually come from the parliament.

“We can strengthen our government institutions by changing our form of government from bicameral to unicameral parliamentary,” he said.

As this developed, Senate President Franklin Drilon said that they have not consider possibilities of a charter change. He said that it may not be time for charter change because the government is still facing many problems like the pork barrel scam and Zamboanga crisis.

However, Drilon said that decision for charter change depends on the people. “Let’s have the people to decide on what form of government they want,” he said in Filipino. 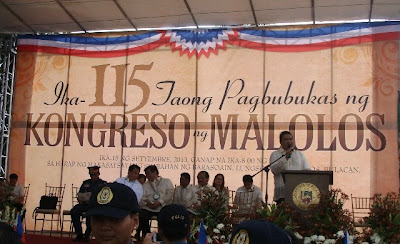 Drilon was here as guest speaker in the commemoration of the 115th anniversary of the opening of the Malolos Congress at the historic Barasoain Church. The said congress was convened and opened by the late President Emilio Aguinaldo on September 15, 1898, and gave birth to the first Philippine Republic on January 23,1899.

The said republic is considered as the first democratic republic to be established in Asia.  Dino Balabo
Posted by Unknown at 12:19 AM No comments:

MALOLOS CITY—We love what we do.

This was how Susana “Toots” Ople summarized the secret of awardees in the annual Dangal ng Lipi, the highest recognition given by the provincial government to outstanding Bulakenyos.

As one of the 11 awardees on Sunday night, Ople, the youngest daughter of the late statesman Blas F. Ople, said advocacies pursued by fellow awardees are neither a job nor a burden to bear.

“It is part of our mission in life, a vocation, an extension of our humanity and a mirror of us as a Bulakenyo,” she said in Filipino as she delivered an impromptu speech in response after the awarding.

As president of the Blas F. Ople Policy Center that assists overseas Filipino workers especially victims of human trafficking, the young Ople said they pursued their advocacies without wanting anything in return.

However, she was thankful that what they are doing gets noticed, stressing that it is always sweeter to receive recognition from one’s own province. In behalf of Dangal ng Lipi awardees, the young Ople offered their services saying that they are willing to help the province as part of the provincial government’s council of advisers based on every awardee’s field of expertise.

Other awardees like Engineer Roderick Dela Cruz, a dam safety expert based in the United States said he is also willing to share his expertise. Dela Cruz received the award in the expatriate Bulakenyo category.

Of the 11 awardees, Roxas and Reyes did not make it to the awards night as Roxas is busy with the Zamboanga crisis, while Reyes is guiding Gilas Pilipinas Basketball team in tune up games abroad.
Posted by Unknown at 12:07 AM No comments: 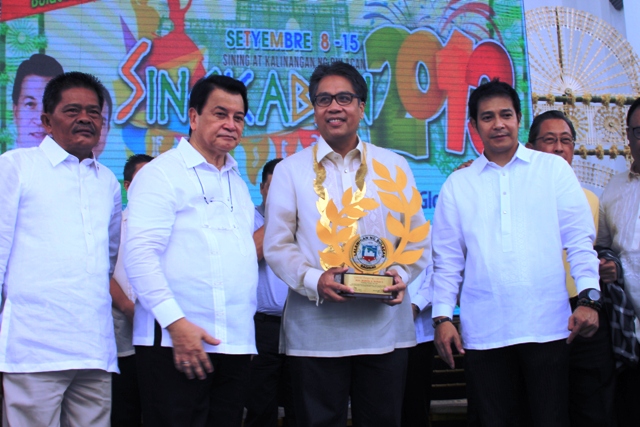 The award was handed to Roxas after he served as guest speaker in the opening day ceremonies of the weeklong festival at the capitol compound here.

Gov. Wilhelmino Alvarado said the award is supposed to be given on Sunday but advanced it as Roxas might not make it during the annual awards night. As a matter of fact, Roxas immediately left after his brief speech to attend to his other duties.

In an ambush interview, he said that there is another shootout in Mindanao. “I have to go there today,” Roxas said as he rushed to his vehicle. Roxas was given the Natatanging Dangal ng Lipi Award for his contribution in government service.

Only five other Bulakenyos were given the same award, the highest recognition bestowed by the provincial government to outstanding Bulakenyos.

A former congressman who represented Capiz province, Roxas was elected as senator in 2004.

He is the grandchild of former President Manuel Roxas and Donya Trinidad De Leon of of the old LVN Pictures who hailed from San Miguel, Bulacan. Other awardees in this year’s Dangal ng Lipi awards will be feted on Sunday night at the Pavillion of the Hiyas ng Bulacan Convention Center here.

MALOLOS CITY—About 800 Bulakenyos led by church leaders joined a unity walk here Wednesday in support of the Edsa Tayo prayer rally calling for the abolition of all forms of pork barrel.

Organized by Bulacan for Truth, Justice, Accountability and Meaningful Change movement (BuTJAM) in cooperation with Promotion of Church Peoples’ Response (PCPR), the unity walk started at the Bulacan University (BulSU) to the historic Barasoain church.

A support activity to Edsa Tayo, the unity walk turned prayer vigil is joined by priest, pastors from other religious groups, nuns, students and civic leaders in the province.

Participants called for the abolition of the pork barrel system, hold accountable those that were involved with the corruption and plunder of nation’s coffers, and re-channel the fund to social services. Father Rolando De Leon, the main convenor of the group explained the issue of the pork barrel “is an issue of morality and social justice.”

He added “in expense of the Filipino people that suffer from the budget insuffi ciency in social services like education, health, housing and other basic services, our lawmakers in cooperation with Janet Lim-Napoles, pocketed our money. They have liabilities to the people, they have to be punished.”

The same was echoed by Father Anacleto Ignacio, the secretary general of the Bagong Alyansang Makabayan (Bayan) Bulacan chapter.

“The whole pork barrel system, not just the congressional pork but also the fatter presidential pork, should be abolished,” Ignacio said.

He stressed that “the P1.4-trillion presidential pork barrel alone, if justly allocated to promote peoples’ welfare, can lay down the condition to national industrialization and genuine agrarian reform that could solve the decade-long problems of the society.”

For her part, Sha De Jesus of the BulSU student council called for the realignment of pork barrel funds to social services like education.

De Jesus said, “our government is quick in creating schemes that aggravate our plight, such as implementing the Roadmap to Public Higher Education Reform (RPHER) that intensifi es state abandonment in SUCs through commercialization and paving the way for amalgamation and privatization but was unhurried in addressing the exact problem of the society.”

The group concluded their vigil shortly before lunch yesterday, but not after vowing to conduct similar activities in the next few weeks. “This is just the beginning,” said De Leon noting that the activity is just a kick off for similar actions in other neighbouring provinces of Bulacan with aim of spreading awareness on their call to abolish pork barrel.

De Leon also called for the ratifi cation of the proposed Freedom of Information Bill noting that publication of local and national government budget and programs on the internet are not enough.

He said that there are other information that are being withheld from the people.
Posted by Unknown at 10:26 PM No comments:

Complete list of goods placed under price freeze in Bulacan