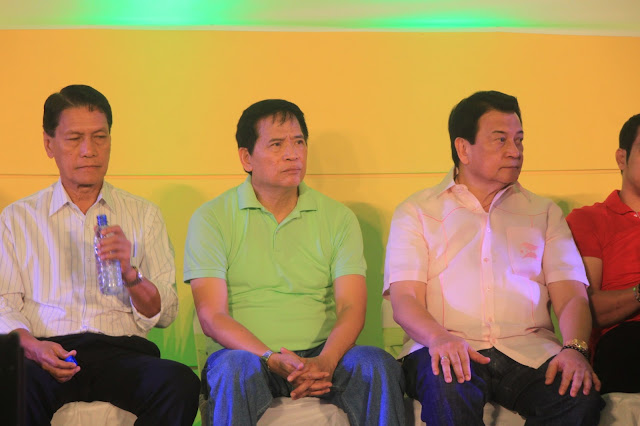 Bro. Eddie Villanueva, the founder of the Jesus Is Lord Movement described the pope’s decision as a “supreme sacrifice” a sign of “selflessness” and said that it must be emulated by all other leaders.

“I salute him for that. It is a sign of greatness,” Villanueva said in an exclusive interview yesterday after the launch of his senatorial campaign at the Bulacan Provincial Gymnasium here.

A religious leader before entering politics, Villanueva said that the Pope’s decision is grounded on the Pontiff’s clear understanding of the power of the cross and  Jesus Christ’s resurrection.

“I read his two books, and he (Pope) has very clear understanding of the power of the cross and resurrection.

He added that leaders of any discipline must have a sense of selflessness, greatness and destiny.

“He said he cannot do his job effectively anymore, that is selflessness and other leaders must emulate him.”
Villanueva said.

“I am saddened, I thought he was doing well,” Pagdanganan said.

He also expressed admiration of the Pope’s decision and said it was a noble act.

“It is not only an act fo sacrifice, it is a noble act,” Pagdanganan said. Dino Balabo
Posted by Unknown at 12:30 AM No comments: 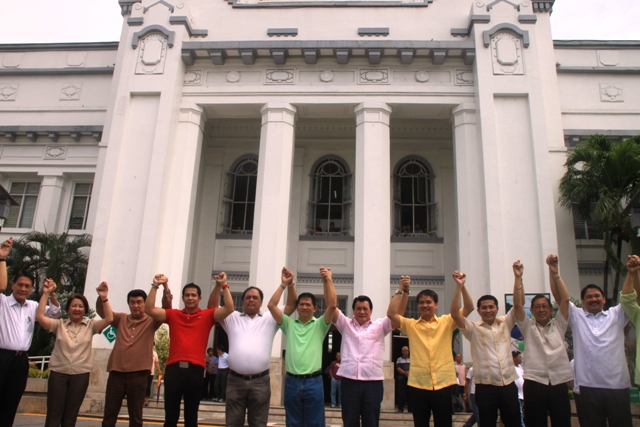 This came as Villanueva, the lone senatorial candidate of Bangon Pilipinas, kicked off his campaign here which was also broadcast online.

He said that the Bulacan is approaching the threshold of fast pace development and the province needs the help of national leaders.

“We need allies in the Senate and our best bet is Bro. Eddie Villanueva,” said Alvarado.

All the above mentioned political leaders along with 92-year-old former governor Tomas Martin earlier signed a manifesto of support to Villanueva.

The same manifesto was signed by past and current congressmen, board members, mayors and vice mayors and councilors from different towns in the province.

For his part, Villanueva expressed gratitude for the support thrown in by his fellow Bulakenyos.

He said that it is the first time in the history of the province that political leaders cross party lines to support a single senatorial candidate.

“I am so grateful for their support despite the fact that they came from different political persuasions. They stand ten feet tall in solidarity to support my attempt to capture a Senate seat. The future of Bulacan is beyond politics,” Villanueva said.

He said the “3-Es” are needed in the growing economy in the country which he described as a result of President Aquino’s “tuwid na daan” program.

As founder of the Jesus Is Lord Movement (JILM), Villanueva noted the importance of moral leadership.

He said, “we need moral leadership. The bedrock of good economics is good politics.”
Posted by Unknown at 12:00 AM No comments: