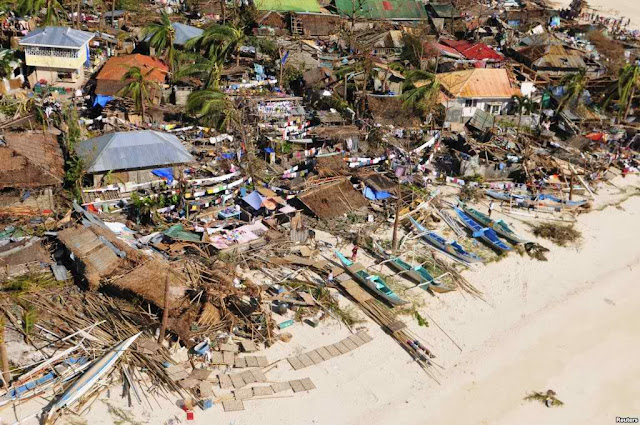 MALOLOS CITY—As the number of victims of super typhoon Yolanda climbed to 4,460 in the Visayas, a US-based power company vowed to match donations of its Filipino-America employees.

But donations are not limited to Filipinos living in California, but to other nationalities as Southern California Edison (SCE) joined the relief campaign by its Filipino staffs.

“To assist the people in the Philippines, SCE’s parent company Edison International will be kicking off a Typhoon Haiyan Disaster Relief Campaign on Nov. 15 in which the company will match each employee-donated dollar up to $25,000. The campaign will go through Feb. 28, 2014. There will also be a Facebook campaign through Nov. 21 for the community where Edison International will match “likes” up to $5,000,” the story said.

The story which was posted on the SCE website added, “contributions from employees and customers will be donated to Doctors Without Borders,  Gawad Kalinga USA and American National Red Cross, nonprofits equipped to help with the immediate needs of those devastated by the typhoon including providing food, water, shelter and medical care.”

It also quoted Janet Clayton, the senior vice president of Corporate Communications for Edison International and SCE saying  “we have a strong Filipino presence in our employee base who may have family and friends impacted by Typhoon Haiyan. It is in times like these that we are reminded that natural disasters can occur anytime and so we need to be prepared.”
For Filipino employees of SCE like engineer Roderick Dela Cruz, the images of the devastation Typhoon Haiyan has brought to his home country of the Philippines is heart-wrenching.

However, Dela Cruz is thankful his family resides in Bulacan in the northern part of the country, and was spared any major loss.

A senior engineer with SCE who for the past four years has been working with the Philippines government on dam safety, Dela Cruz was quoted saying  “the magnitude of [the typhoon], it’s really surprising “I was not expecting it — it’s mind-blowing.”

Another employee identified as Antonio Manimbo, a telecommunications engineer was also mentioned in the story.

It said that Manimbo was watching a Filipino news channel, when reports started coming in about “the biggest storm ever” to hit his homeland. When the video footage started pouring in, he immediately made calls to his family back home.

Fortunately, his family lives in northern Philippines and were not affected.

But sadly, some of his fellow members in FilBarkada, an SCE Filipino American employee resource group, have still been unable to reach family members back home.

“They still can’t get in touch with them,” said Manimbo, who also serves as president of FilBarkada.

As this developed, the United Nations’ Office for the Coordination of Humanitarian Affairs (OCHA) reported that as one of the largest catastrophes to ever hit the Philippines, super typhoon Yolanda has displaced over 900,000 people and affected more than 11.8 million people.

Citing reports from the National Disaster Risk Reduction Management Council and the Department of Social Welfare and Development (DSWD), the OCHA said there were a reported 4,460 deaths as of November 14.

However, Malacanang said the next day that casualties are below than what OCHA reported. Dino Balabo
Posted by Unknown at 10:04 AM No comments: 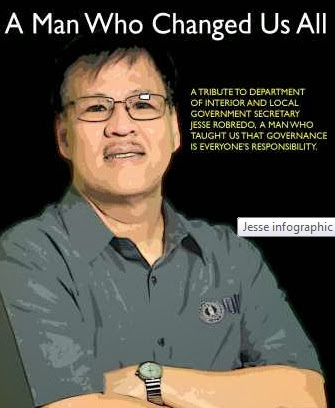 It is a very good program and I think it will be the key in community resilience against disaster,” said Engineer Roderick Dela Cruz, a lead dam safety engineer of the Southern California Edison (SCE) in the United States.

A BSP awardee earlier this year, Dela Cruz was referring to the unimplemented Seal of Disaster Preparedness (SDP) for Floods launched by Robredo at least three months before his death in 2012.

The SDP was meant to motivate local government units to put disaster preparedness on top of their priority development agenda.

If implemented, SDP,dela Cruz said could have improved capabilities of local government units in addressing and mitigating impacts of disaster, along with creating greater awareness and conscious on the ranks of community members.

“In the US, the Federal Government have established disaster preparedness program  enjoining not only government units but business corporations as well to comply,” Dela said in an Skype interview yesterday.

The said program, he explained is implemented all year round and government along with members of the business community are given certificate of compliance every year.

“It is very similar to what Robredo would like to achieve,” he said referring to the late secretary’s vision of institutionalizing disaster preparedness for floods.

“I think the late secretary understood that the biggest risk to us Filipinos is water, that’s why he focused SDP on floods,” he said.

He explained that water related disaster risks in the Philippines have manifested in recent calamities.

This includes typhoon induced flood in Metro Manila in 2009, Bulacan from 2011 to 2013, in Mindanao in 2011 and 2012; and more recently in the Visayas which was hit by super typhoon Yolanda.
“We really have to put our heads on how to address water risks,” Dela Cruz noting that even landslide is triggered by heavy rainfall, along with possible dam break.

Based on data posted on the DILG website, it cited records from the Mines and Geosciences Bureau and River Basin Control Office of the Department of Environment and Natural Resources that 1,127 out of 1,634, or 69 percent of cities and municipalities are susceptible to river or flashfloods.

The said data also noted that from 2009 to 2011 alone, more than P55-billion worth of infrastructure and properties were damaged water related risk due to typhoons like Ondoy, Pepeng and Sendong.

It added that around 1,200 people, mostly in Cagayan de Oro City and Iligan City, also perished during due to flooding caused by typhoon Sendong in 2011.Dino Balabo
Posted by Unknown at 9:34 AM No comments:

Liz Mungcal, head of the Provincial Disaster Risk Reduction Management Office (PDRRMO) said that before the Bohol earthquake struck, they have been meeting with dam operators.

This includes operators of the Angat, Ipo and Butos Dam, along with officials of the Metropolitan Waterworks and Sewerage System (MWSS), and the Common Purpose Facilities (CPF).

“We have to prepare in anticipation for disaster that will be brought by possible break of the Angat Dam,” said Muncgal in the sidelines of the meeting of members of the Angat Dam break technical working group at the La Mesa Dam in Novaliches, Quezon City on Tuesday, November 12.

Mungcal noted that Angat Dam break can occur anytime if  case of movements in the  Marikina West Valley Faultline (MWVF).
The same was echoed by members of the TWG who noted that the disaster woild be unimaginable.

To prepare for such possibilities, Mungcal said the provincial government in coordination with the National Power Corporation (Napocor) and the Engineering Development Corporation of the Philippines (Edcop) had prepared an emergency action plan (EAP).

The said EAP will be presented to Bulacan and Pampanga mayors and disaster officers next week.

Some of the inputs on the said EAP is the establishment of early warning system (EWS), evacuation routes and possible mass evacuation center.

Some of the evacuation areas identified are located in the upland areas of Bulacan, Pampanga and Nueva Ecija.

Based on simulation study conducted by Tonkin & Taylor International and Edcop, a wall water rising to 10 to 30 meters will rush out into the Angat River within hours in case of a dam break.

The said on rush of water is said to wipe everything on its path that will make damages left by earthquake in Bohol and typhoon Yolanda in Visayas as a thing of the past.

Disaster officials said that it will initially damage Bulacan, but the long term effect will be in Metro Manila which will ran out of water for months.

This is due to the fact that Metro Manila is drawing 97 percent of its potable water requirement  from Angat Dam.   Dino Balabo
Posted by Unknown at 9:31 AM No comments: 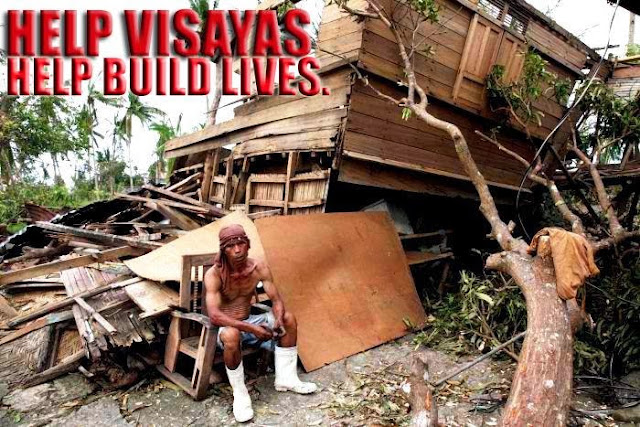 MALOLOS CITY—Bulacan is sending a 54-man medical team to coastal towns of Leyte and Samar in an effort to assist victims of typhoon Yolanda which has not be reached by humanitarian groups and other government agencies.

Governor Wilhelmino Alvarado said the medical team will be composed of 24 doctors and 24 nurses from 21 towns and three cities of the province, along with six medical specialists from the Bulacan medical center.

The said team will leave Bulacan on Sunday, along with relief goods collected from Bulakenyos and will be delivered to victims of typhoon Yolanda.

The governor said that the medical team and relief goods will be transported using a ship owned by a member of the Philippine Medical Association (PMA).

The said ship will also serve as temporary residence and clinic of the medical teams as there is hardly a hotel to accommodate them in the typhoon hit areas.

“Our medical team will ride along with the first batch of PMA members that will be sent to the coastal towns of Leyte and Samar,” he said.

Alvarado explained that many coastal towns of Samar and Leyte are still to be reached by humanitarian groups and government personnel delivering assistance and relief goods.

With regards to relief goods, Alvarado called on Bulakenyos to bring their donations to the provincial capitol in this city, where a donation center was established since Tuesday.

However, he drew flak when asked in a live interview by Radyo Bulacan on how much will be the pledge of the provincial government to victims of calamity in the Visayas.

He then said that the provincial government will spend money for the medicines and other supplies that will be used by the medical team, but did not specified the amount.

Alvarado also said that for the victims of typhoon Sendong in Mindanao in 2011, they collected a total P1.5-Million donation from Bulakenyos, and the provincial government gave a total of P2.5-Million as counterpart.

Despite the governor’s recitation of facts from previous relief efforts of Bulacan, Bulakenyo social media users demanded transparency on the amount that the provincial government will spend.

Some noted that the funds of the provincial government are actually peoples’ money and the government must account for every cent spent.
Posted by Unknown at 9:03 AM No comments: