MANILA- On March 15, 2012, the Department of Environment and Natural Resources-Protected Areas and Wildlife Bureau (DENR-PAWB) in cooperation with the Deutsche Gesellschaft Internationale Zusammenarbeit (GIZ) GmbH and launched the ““An In-depth Review of NIPAS and Related Statues on the establishment and management of Protected Areas in the ”.

The National Integrated Protected Areas System Act of 1992 (Republic Act No. 7586), commonly known as the NIPAS Act was enacted primarily for biodiversity conservation.

This law provides the legal and developmental framework for the establishment and management of protected areas (PAs) in the . The review is aimed to identify which of the law’s provisions should be amended to improve its ability to provide stronger legal and policy backstops for multi-scale Protected Area (PA) management in the .

The adopted the Protected Area Management system as an approach for protecting and maintaining the natural biological and physical diversities of the environment notably on areas with biologically unique features to sustain human life and development, as well as plant and animal life through the legislation of RA 7586 or the National Integrated Protected Areas System (NIPAS Act). 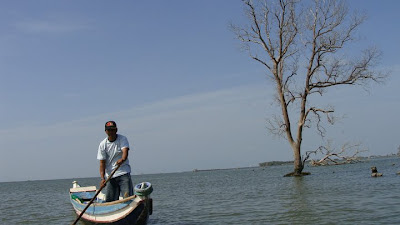 However, the implementation of NIPAS Act remains a challenge because of its certain provisions which are in conflict with other environment laws.

Thus far, of the 202 initial components, there are 112 protected areas formally proclaimed by the President under the System covering 3.54 million hectares. However, only 13 protected areas have been officially declared by law as part of the NIPAS.

It builds on the experiences of the study team in the implementation of various environmental projects in the . Complementing the policy study is the management effectiveness assessment conducted by the joint Philippine-German team in identified six sites representing terrestrial and marine ecosystems.

The Philippine Development Plan (PDP) 2011-2016 duly acknowledged that the implementation of various laws and policies are confused by overlapping and conflicting policies and mandates.

Thus, the need for an in-depth review and harmonizing a number of conflicting relevant laws and policies affecting natural resources was undertaken.

“We are very appreciative of GIZ for providing financial assistance in order to conduct a review of the NIPAS Act and Other Related Laws on the Establishment and Management of Protected Areas in the .

The results of the Study and its accompanying recommendations will indeed be valuable for the Protected Area and Wildlife Sector to further improve our policy on the management of protected areas in the .

The results of the Study may also be used as basis to further the advocacies on protected area management,” a statement from Dir. Theresita Mundita S. Lim of DENR- PAWB.
The recommendations of this study will hopefully be used to clarify and ultimately resolve conflicting areas in the implementation of the NIPAS and the other legislations.

***
GIZ is a federally-owned enterprise that supports the German government in the
field of international development cooperation. For more than 30 years now, GIZ has
been cooperating with Philippine partners in strengthening the capacity of people
and institutions to improve the lives of Filipinos in this generation and generations to
come. Together we work to balance economic, social and ecological interests through multi-stakeholder dialogue, participation and collaboration.
Most of its activities are commissioned by the German Federal Ministry for Economic
Cooperation and Development (BMZ). GIZ also operates on behalf of other German
ministries – in particular the Federal Foreign Office, the Federal Environment
Ministry and the Federal Ministry of Education and Research – as well as German
federal states and municipalities, and public and private sector clients both in
and abroad. These include the governments of other countries, the
European Commission, the United Nations and the World Bank.
Posted by Unknown at 10:01 PM No comments: