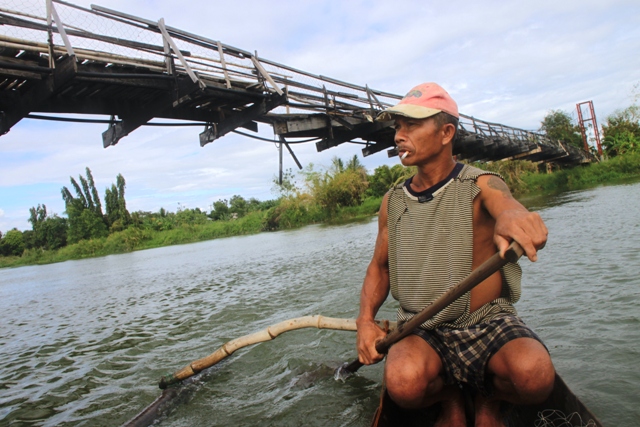 HAGONOY, Bulacan—Residents of the municipalities of Calumpit and Hagonoy demanded immediate major repair on the more than 30 year old hanging bridge that links villages from the said towns.

This came as Governor Wilhelmino Alvarado and officials of the Department of Public Works and Highways (DPWH) vowed to conduct necessary repairs.

Located along the Labangan channel here, the Iba hanging bridge suffered another damaged a week ago, the third since the 2011 flood spawned by typhoon Pedring.

However, local residents along with village officials said that the repair is now enough. 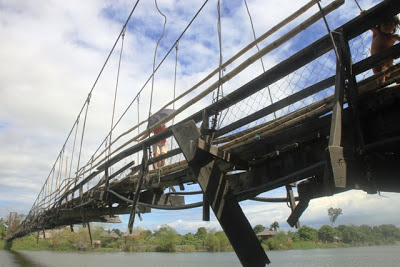 The same was affirmed by Fajardo who noted that only one major repair has been conducted on the hanging bridge which was constructed in early 1977.

“We don’t have enough funds that’s why we requested for major repair after the 2011 flood,” said Fajardo.

He said that during the flood spawned by typhoon Pedring in 2011, water lilies got stuck on the bridge and it twisted as flood waters rushed beneath.

Late last year, the provincial government initiated a minor repair on the said bridge, but on March 3, the wooden girder in the middle of the 142 linear meters hanging bridge snapped.

It left about 10 feet long part of the hanging bridge hanging.

Ver Fajardo, a local resident said that not only school children pass through the bridge everyday,

He said that even workers of the United Pulp and Paper Corporation used the said hanging bridge as a short cut in going to work or home.

On Saturday, Governor Alvarado vowed to send a team that will assess the damage while Engineer Ruel Angeles of the DPWH First Engineering District said they are looking for fund that will be used for the immediate repair of the bridge.

Both Alvarado and Angeles agreed that to ensure safety of residents, the hanging bridge must be replaced by a concrete and permanent one.

However, they said project of such magnitude will require a large budget.  Dino Balabo 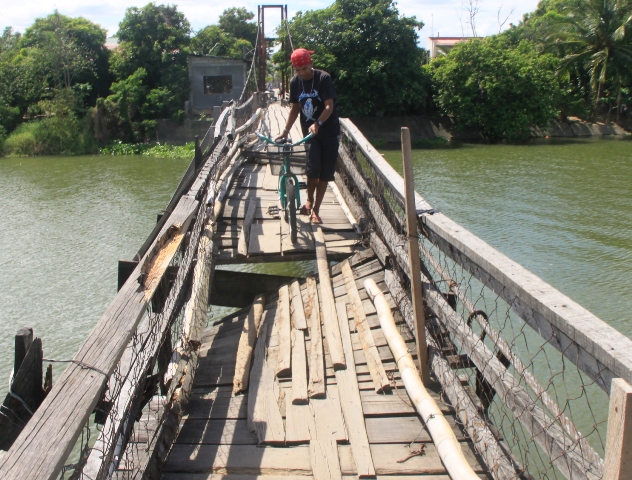 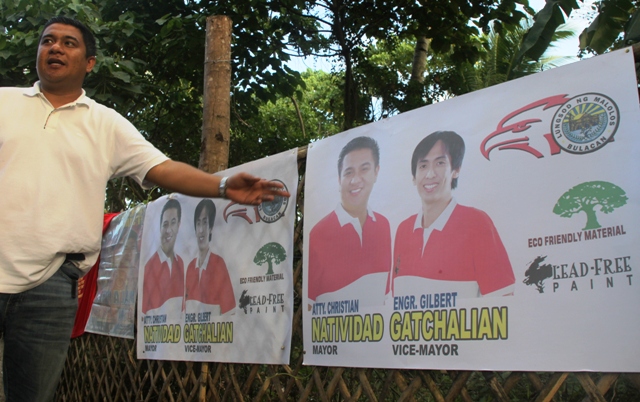 MALOLOS CITY—Candidates in the May polls can now be more environmental friendly during the campaign, not just in words but in deeds.

This came as a Liberal Party (LP) candidate here launched an eco-friendly materials that can be used for campaign posters.

The materials includes the eco-cloth, recycled cardboard paper, and biodegradable plastic that can all replaced the environmentally threatening tarpaulin posters.

“We would like to set a trend among candidates to use eco-friendly campaign materials this elections to prove our claims that we really intend to protect the environment,” he said noting that many candidates always claim the same but comes short of their actions.

He said that during election campaign, candidates in national and local post are the major violators of environmental laws.

“We are the first violators and after the elections, we produce tons of garbage,” Natividad stressed.

He explained that in using eco-friendly materials, the country’s environment will be another step safer.

The mayor said that he started thinking of using campaign materials after they launched the first Malolos Green Covenant during the 114th anniversary of the Malolos Congress here last September 15.

The said covenant is aimed that encouraging local government units (LGUs) in the country to pursue steps in mitigating impacts of climate change through green initiatives.

“We thought that we will be violating the Covenant that we launched if we will still use tarpaulins, so I asked my friend to looks for other materials that can be used,” he said referring to Dondon Hornedo of the ED Enterprises based in this city.

The Green Covenant has been submitted to the United Nations and to the Philippine Congress where it was used by Rep. Dan Fernandez of Laguna as basis in urging President Aquino to push for the first Climate Change awards. 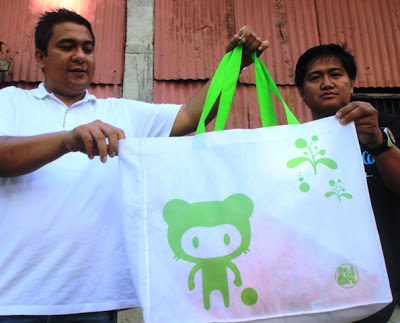 “It was submitted to the United Nations and we would like to start the campaign here for eco-friendly election to revolutionize the election campaign,” he said.

For his part, Hornedo said that eco-cloth which is usually used on eco-shopping bags is cheaper by at least four times compared to tarpaulins.

“Tarpaulins costs at least P13 per square foot while eco-cloth only costs P22 per square yard which is about four to six square feet,” he said.

Hornedo said that eco-cloth are available and can be bought in bulk at Divisoria.

He also said that candidates can also use recycled cardboard and biodegradable plastic.

The recycled cardboard are common while the biodegradable plastics degrades into pieces in three months.

Aside from the said materials, Hornedo said that they are using the international sanctioned lead-free paint.

As a heavy metal, lead can affect mental capabilities of persons exposed to it.

“Its safer to use lead-free paint especially if the campaign materials will be recycled into bags later,” he said.

Hornedo said that it is easy to detect paint containing lead on campaign posters.

“If the picture on the poster is glossy,  its not lead-free paint,” he said.

Hornedo also said that utilization of eco-friendly campaign materials will generate more jobs, especially among silk screen painters who lost their jobs due to the emergence of tarpaulin printing machines.

At present, Hornedo’s ED Enterprises have seven workers and he plan to increase it as more orders come.  Dino Balabo
Posted by Unknown at 11:18 PM No comments: 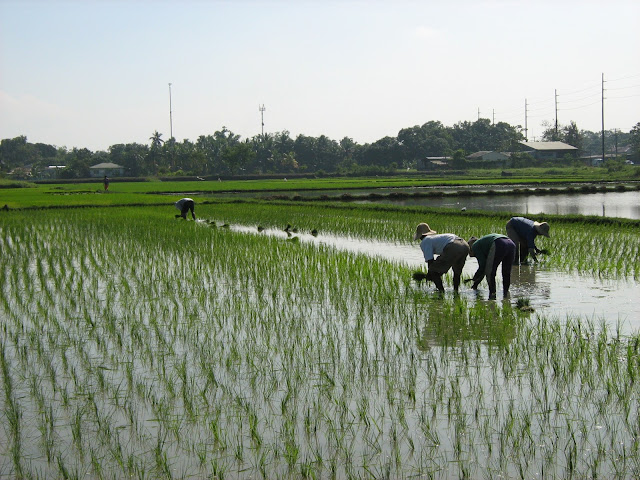 MALOLOS CITY—Despite decreasing farmlands, the provinces of Bulacan and Nueva Ecija excelled in rice production for 2012, the Department of Agriculture (DA) said.

This came as the DA prepared to honor the country’s outstanding rice-producing provinces, municipalities, institutions and individuals in the forthcoming Agri-Pinoy’s Rice Achievers Awards that will be held on March 15.

In Central Luzon, the provinces of Nueva Ecija and Bulacan excel in rice production and are adjudged as winners in the province category.

Felicito Espiritu, DA-III information officer, said the provinces will receive P4 million each in the form of projects in support to the attainment of rice sufficiency. 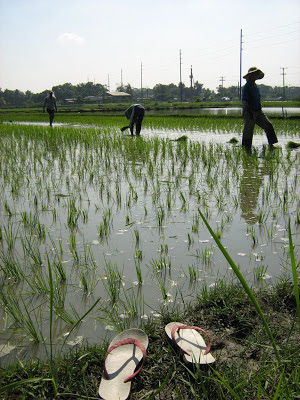 This is due to improved performances of the municipalities of Talavera, Guimba, General Tinio, Llanera, Sta. Rosa, Sto. Domingo, Cuyapo and Lupao in Nueva Ecija and the municipality of San Rafael in Bulacan in rice production.

The said municipalities will each receive P1 million in the form of projects aimed at rice sufficiency, after being deemed as winners in the municipality category.

Aside from the above, DA will also honor agricultural extension workers in Central Luzon which is known as the “rice granary of the Philippines.”

Records showed that Central Luzon was able to produce 87 agricultural technicians and officials who won in the LGU/AEW category.

Of the said agricultural technicians, 20 came from Bulacan, while 67 are from Nueva Ecija. Each of them will receive incentives worth P20,000.

The Agri-Pinoy Rice Program, one of the components of the Department of Agriculture, tackles rice farming and the development of the lives of Filipino farmers.

Now on its second Rice Achievers Awards, the Agri-Pinoy Rice Program will give away a total of P110 million in prizes, all in the form of projects and incentives, to recognize exemplary achievements in rice production and to boost the morale of the country’s farmers and agricultural workers.

Meanwhile, records obtained from the National Statistics office showed that areas dedicated for farmlands in Bulacan and Nueva Ecija have dropped from 1991 to 2002.